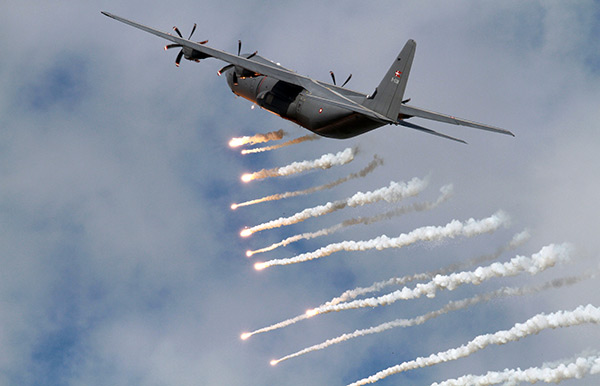 The Volkel Air Base (Dutch: Vliegbasis Volkel) venue for the Luchtmachtdagen Air Show is used by the Royal Netherlands Air Force (RNLAF), and is home to two squadrons of F-16 Fighting Falcon aircraft. Volkel Air Base is close to the town of Uden, Noord-Brabant in the Netherlands. Volkel has been used by the RNLAF for over sixty years and has been the home of aircraft such as the Gloster Meteor, F-84 Thunderjet and the F-104 Starfighter. 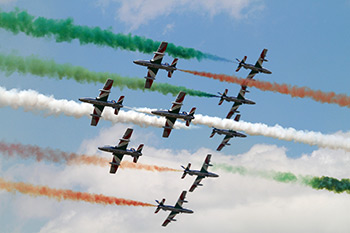 A two-day event brings out the best at Volkel Air Force Base in the Netherlands to celebrate 100 Years in Military Aviation, held on the 14-15 June 2013. The organisers did not disappoint the enthusiast, with arrivals and practice displays on the first day (Friday) that also brought together a impressive line up of static aircraft.

On the second day, Saturday, as you walked through the gates the atmosphere was building up for another great day of exuberant displays.

A pair of French Mirage 2000Ns performed a very tight formation and a tail chase demonstration, so did two Polish Su-22s Fitters, a rare sight these days. Solo displays by the Swedish Air Force, Saab 37 Viggen from the Historic Flight, a Danish C-130J Hercules displayed with a large amount of flares. From Finland, a F/A-18c Hornet showed quality. Other visitors that came and supported the occasion were, Hungary, Czech Republic, Belgium and Turkey. From the display teams, the Red Arrows and the Frecce Tricolori. 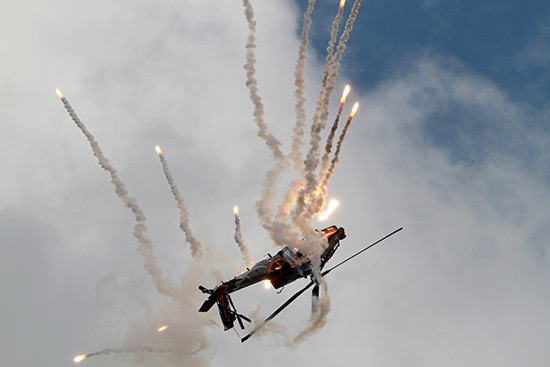 The orange F-16 from The Royal Netherlands AF flew with the painted Apache, also from RNLAF for a flypast, then they both went into their solo display, that pleased the home crowd. 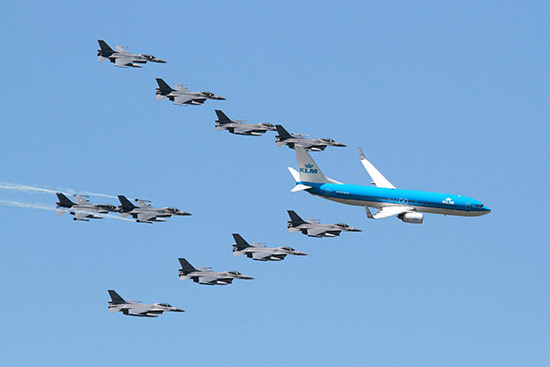 Highlight of the day had to be a Role Demonstration for a airfield attack, supported by two AH-64D Apaches, a Chinook CH-47 and a C-130H, plus ground troops. Also the sight of ten F-16s taking off one after the other, awesome. A RNLAF KDC-10 Tanker was involved later. A Role Demo at its best that lasted for almost 40 minutes. All aircraft finished with a flypast, not quiet. The ten F-16s returned in formation with a KLM Boeing 737, that's impressive.