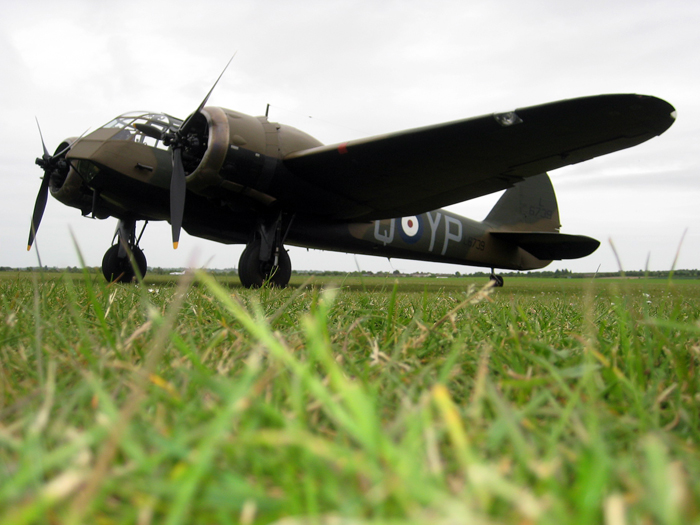 Looking at the weather forecast for Saturday 23rd and Sunday 24th May 2015 indications were for blue skies all the way. It’s just a shame the weather has its own ideas as the day dawned cold, cloudy and grey. The climate remained that way for most of the airshow but it did brighten a little towards the end of flying.

On the 8th May 1945 the war in Europe ended with the surrender of the German Armed Forces. The end of hostilities led to scenes of great jubilation on the streets around the world with one million people celebrating in London alone. Among those enjoying the end of the war in Europe were King George IV, Queen Elizabeth and Winston Churchill who appeared to the crowds on the balcony of Buckingham Palace.

To commemorate the event the Imperial War Museum Duxford staged the VE Day Anniversary Air Show over the weekend of 23 & 24 May 2015.

The following report is from the Saturday 23rd and Sunday 24th May 2015. 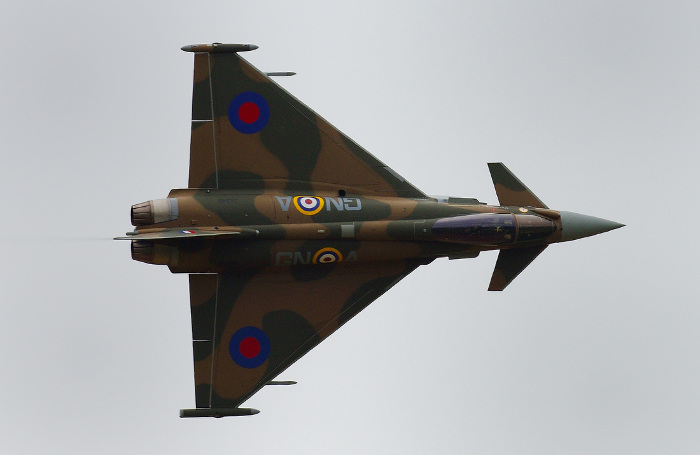 With commentary from Aeroplane's Editor Ben Dunnell the day's events opened with a display by No 29 (R) Squadron's Eurofighter Typhoon FGR.4A ZK349.

The Typhoon flying from RAF Coningsby has been repainted in the scheme of Hawker Hurricane P3576 of No 249 Squadron that was flown by Flight Lieutenant J.B. Nicholson. On 16 August 1940 Red Section of No 249 Squadron was being led by Nicholson from Boscombe Down. In combat with Ju88's and Bf110's, Nicholson won Fighter Command's only Victoria Cross awarded during World War Two.

With his Hurricane already in flames from being hit by gunfire from a Bf110, Nicholson was trying to bail out of the stricken aircraft when he saw another Bf110 cross his gunsight. Nicholson stayed in the Hurricane and kept pressing the firing button until the Bf110 was hit and dived away to destruction. Only then did he bail out but his ordeal did not end there, for on his descent he was fired at by members of the Home Guard.

Second World War - With The Armies & The Navies Part 1

With the departure into the gloom of the Typhoon, next to display was Plane Sailing's Consolidated PBY-5A Catalina 433915. Used throughout the war the Catalina was an aircraft that could take on a variety of roles which included anti-submarine warfare, search and rescue, reconnaissance and convoy protection. Among the claims to fame for the Catalina was the initial spotting of the German battleship Bismark which was being hunted by the Royal Navy following the destruction of HMS Hood. This sighting led to the eventual pursuit and sinking of the German battleship. 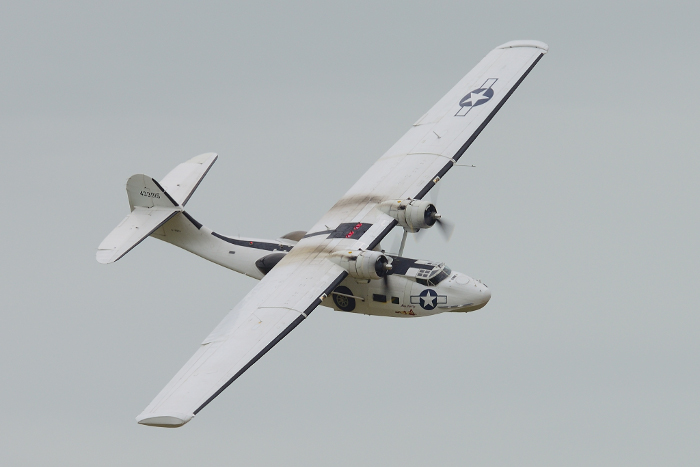 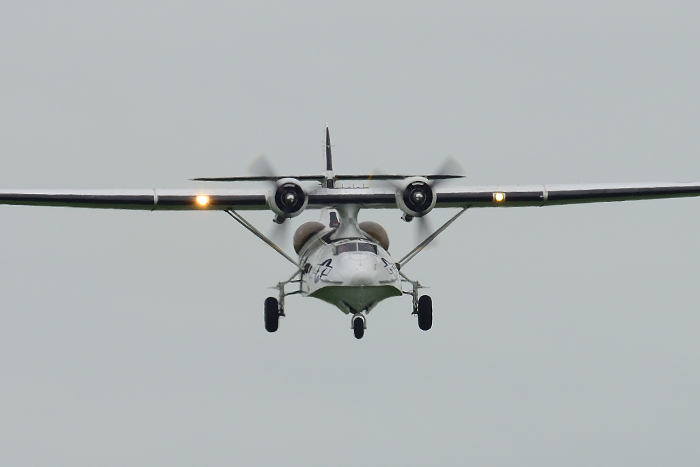 The Road To The Second World War - The First World War

The seeds to the Second World War were sown at the end of the First with the signing of the Treaty Of Versailles. The humiliation of the Germans under the treaty led to the rise of Adolf Hitler and the Third Reich. Air warfare during the First World War saw great strides in aircraft technology, tactics and armaments. It also saw the rise of a number of future players in the Second World War such as Herman Goring & Arthur (Bomber) Harris. 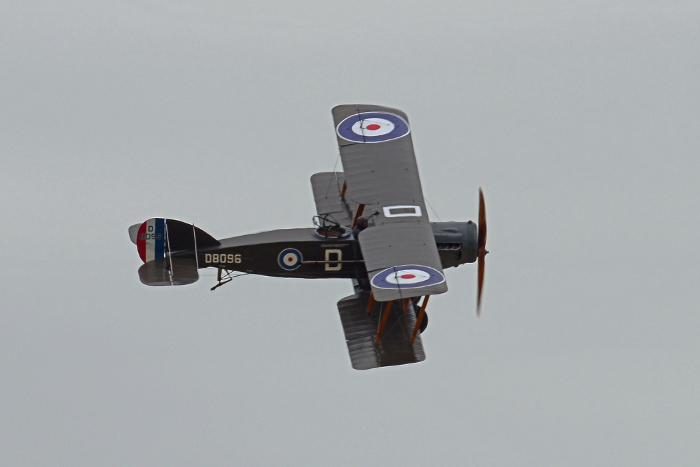 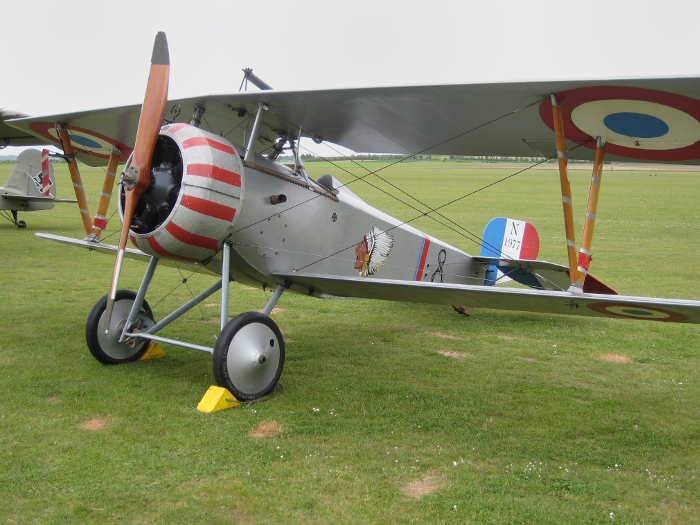 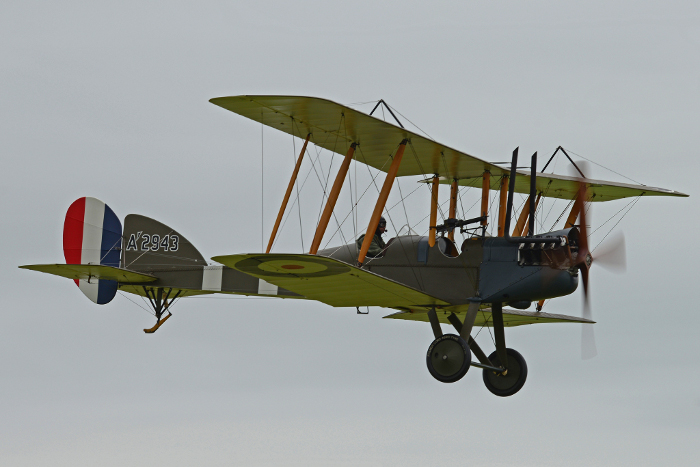