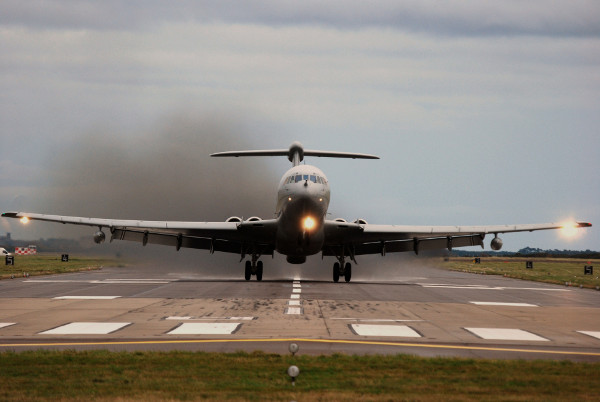 The original VC10 concept was to provide a jet powered airliner which could make use of shorter runways, commonly in use at the time. The performance of the VC10 was such that it achieved the fastest crossing of the Atlantic - London to New York, by a jet airliner, a record still held in 2009 for a subsonic airliner.

The prototype VC10 first flew on 29th June 1962 and was delivered to Wisley for further testing. The VC10 was primarily operated by BOAC, East African Airways, Ghana Airways and The Royal Air Force. The aircraft was produced from 1962-1970 with 54 airframes built.

In the early 1960s the RAF acquired several VC10s, with deliveries starting starting in December 1966 to No. 10 Squadron. The VC10s were named after Victoria Cross (VC) medal holders, with the VC holders name above the forward passenger door.

As time has gone on, redundant VC10 aircraft formerly used as airliners have been purchased by the RAF and have been converted to in-flight refueling tankers.

101 Squadron took over 10 Squadrons aircraft when they disbanded, and after several years 101 Squadron disbanded itself with most Aircraft going to Bruntingthorpe with the final flight of ZA147 taking place on 25th September 2013. 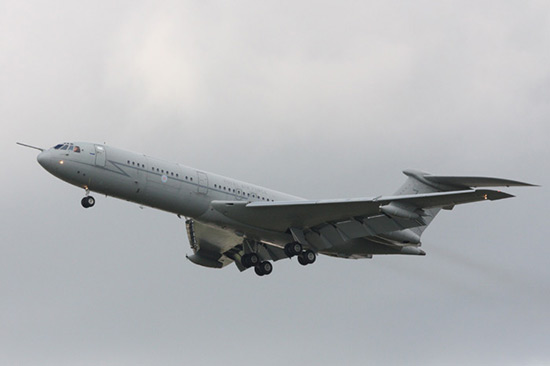 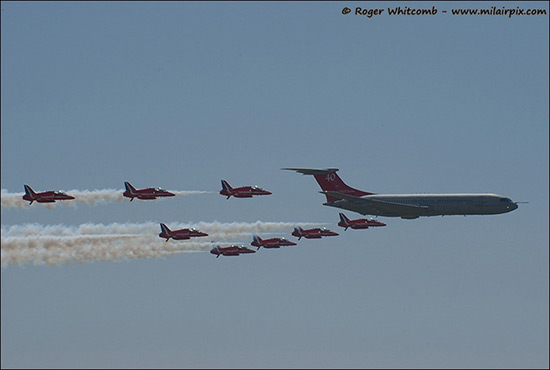 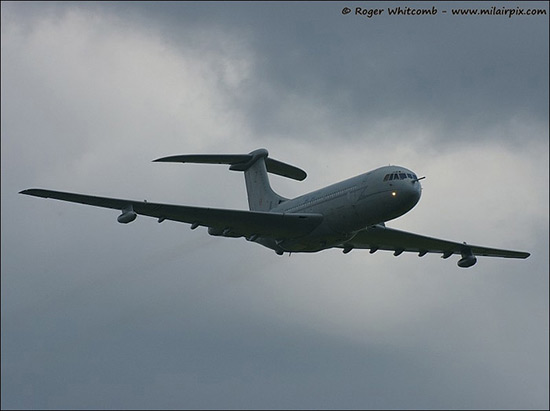 On Tuesday 30th August 2011, VC10 XV105 made its final flight to Bruntingthorpe Airfield. This was the third VC10 to be withdrawn from service in the last few months. After carrying out an overshoot 105 carried out a visual circuit before touching down for the last time.

History was made at Bruntingthorpe on 6th April 2010 when two 101 Sqn VC10s made their final flights. The aircraft XR807/Q and XV109/Z took off from RAF Brize Norton and did a final flypast before carrying out the short trip to Bruntingthorpe. The aircraft carried out a two-ship flypast, breaking left and right before making their final landings. Between them they have given over eighty years of service and over 80,000 hours. What a final example of British design and engineering in what is one of the most graceful of large aircraft ever built. Thirteen VC10 tanker aircraft continue to operate from RAF Brize Norton, with some of the aircraft expected to soldier on until 2014.

On 22nd April 2005 a pair of VC10 aircraft, XV108 and XV109 visited RAF Coltishall, VC10 aircraft from RAF Brize Norton have been supporting Jaguar operations throughout the world. Not only in the transport role but also air-to-air refueling Coltishall's Jaguar aircraft around the UK. As with most fighters the Jaguars only have a limited range and are escorted by a VC10 or TriStar when transiting to an overseas detachment.