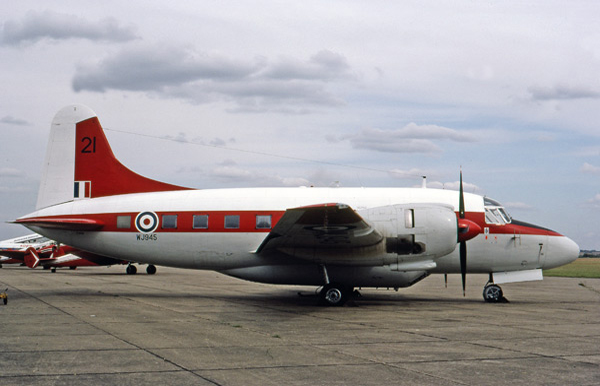 The Vickers Varsity first flew on 17th July 1949. The Varsity was developed from the Vickers Valetta and Vickers Viking, the main difference being the Valetta was a taildragger and the Varsity had a tricycle undercarriage, longer wings and longer fuselage. 160 aircraft were built and they went into service into 1951, with the main operator being the RAF. The Varsity was introduced to replace the Vickers Wellington T.10 trainer. The aircraft was mainly used for training pilots and navigators and in the early years the Varsity was based at RAF Oakington near Cambridge, later moving to RAF Finningley in Yorkshire and later being replaced by the Jetstream T1s. The last flying example, with the serial number WL679 operated by The Royal Aircraft Establishment is on display at Cosford Air Museum in Shropshire.