The Thunderbirds are America's premier display team and are based at Nellis Air Force Base in Las Vegas, Nevada. They tour the United States and much of the world, carrying out aerobatic displays in their F-16 jet aircraft.

As well as carrying out air displays, The Thunderbirds are also part of the USAF Combat Force and if required can be rapidly integrated into an operational fighter unit. 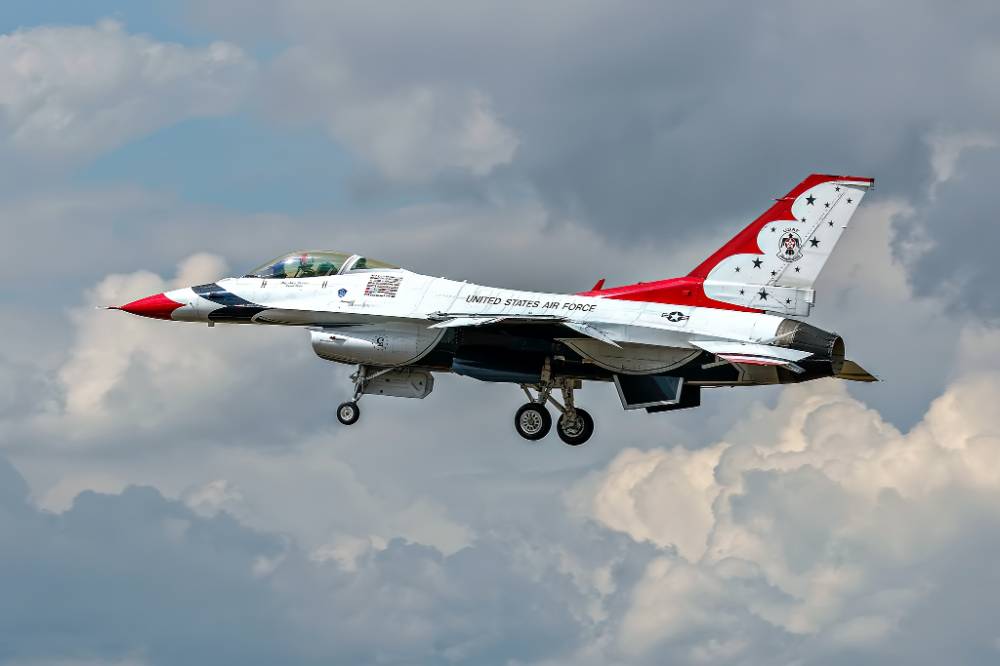 The Thunderbirds have operated a number of aircraft, including the Republic F-84G Thunderjet, the Republic F-84F Thunderstreak, the North American F-100C Super Sabre, the Republic F-105B Thunderchief, the North American F-100D Super Sabre, the McDonnell F-4E Phantom II and the Northrop T-38 Talon. In 1982 the team switched to the General Dynamics F-16A Fighting Falcon. In 1992 they upgraded to the Lockheed Martin F-16C and in 2009 they once again switched to the Lockheed Martin F-16C/D Fighting Falcon (Block 52), which were fitted with the more powerful Pratt & Whitney F100-PW-229 engine, which added an additional 3,600 lb of thrust. 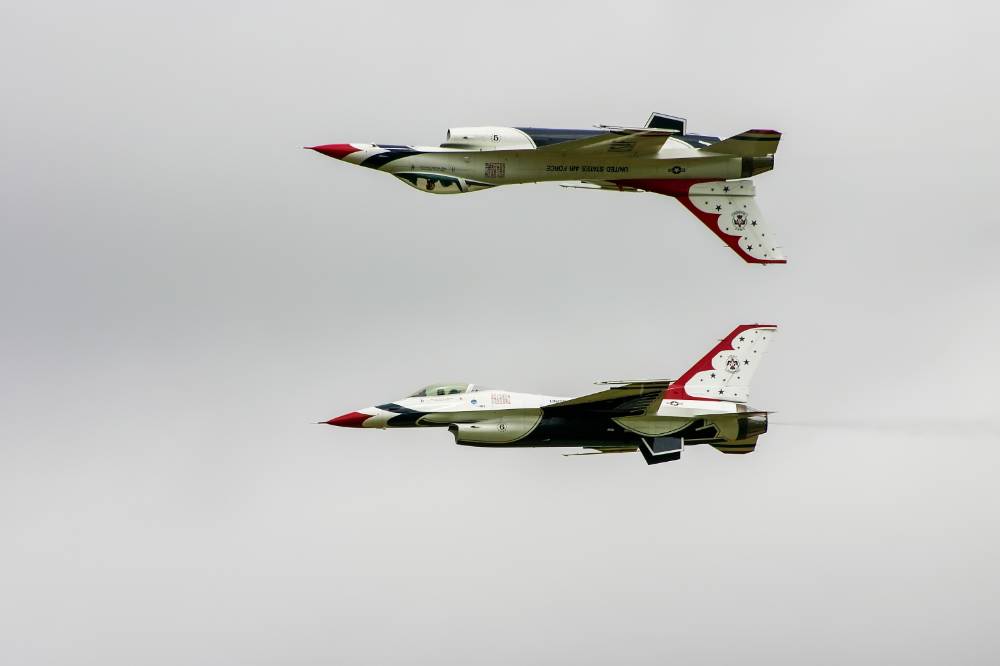 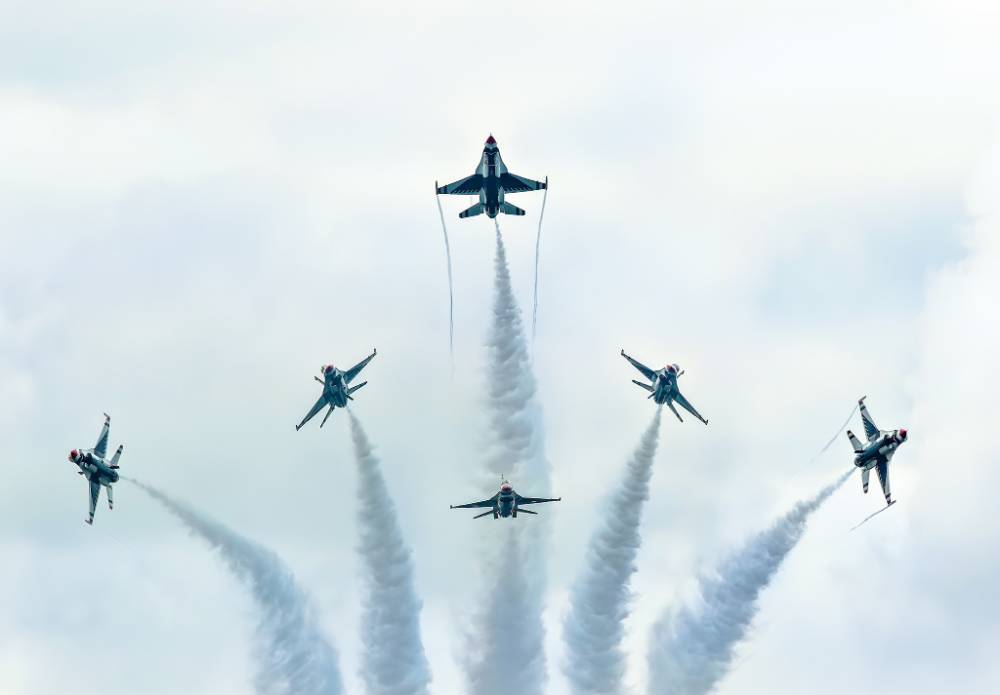 All images courtesy of Mike Gauckwin