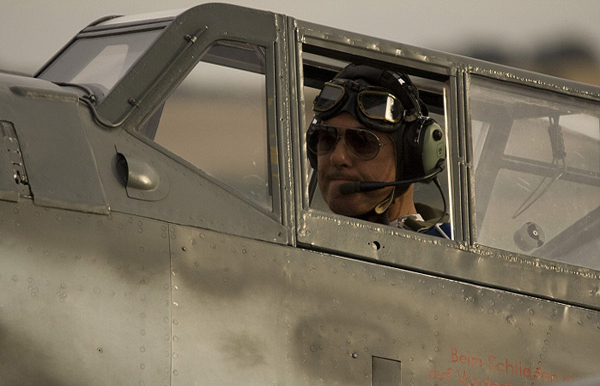 The Duxford Air Show is held every year in early September with a display of historic and modern aircraft, probably the last time you will get to see these aircraft until next year. There are the usual opportunities to browse around the stalls selling a variety of aviation art and other interesting items, and of course visit the museum's hangars before the flying starts.

Here we cover some of the aircraft and displays that performed at the Duxford September show.

Due to the unfortunate weather conditions on the Saturday of the September show, the heavy rain most of the day severely restricted the flying program.

Some aircraft did manage to display on Saturday, including The Global Stars and Mark Jefferies with a solo display in his Extra 330, also there was an appearance by the ever popular Spitfires and Buchon’s with taxi runs by the Norwegian Air Force Historical Squadrons Mig 15 and Vampire pair.

Sunday was a very different day with good old British blue skies and sun all day and this allowed for a full flying display.

All images courtesy of Bob Franklin.

On Sunday the display opened the Grumman Bearcat and the Hawker Fury both of these aircraft are at the heavy end of the spectrum for piston engine aircraft. 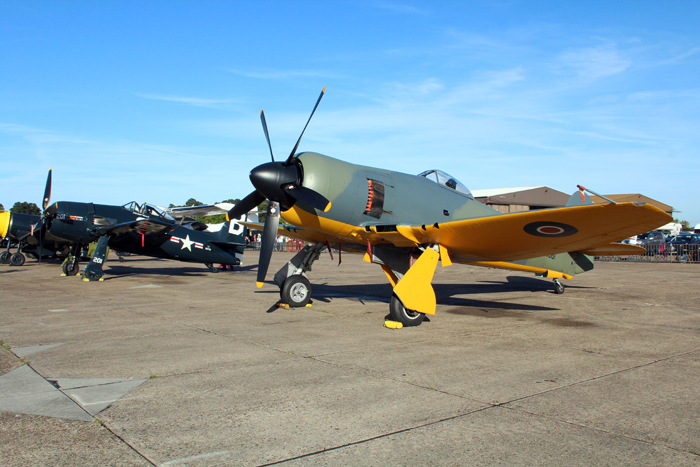 Another very popular team are the Great War bird Display Team, who fly replica WW1 aircraft in mock air battles. With their low speed and pyrotechnics they make a perfect display for the photographers. 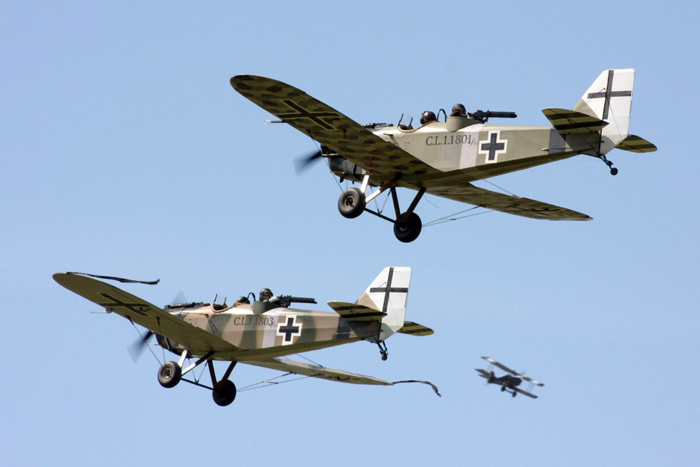 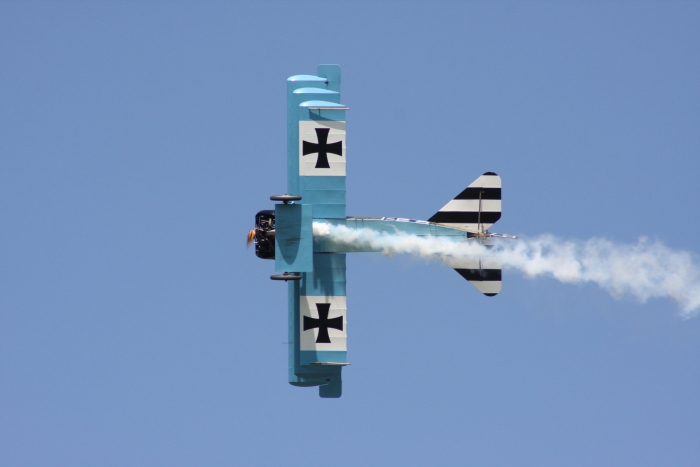 The Spitfire versus the Bouchon certainly gets the attention of the crowds as they go through a very well rehearsed routine including loops, rolls and a variety of manoeuvres.