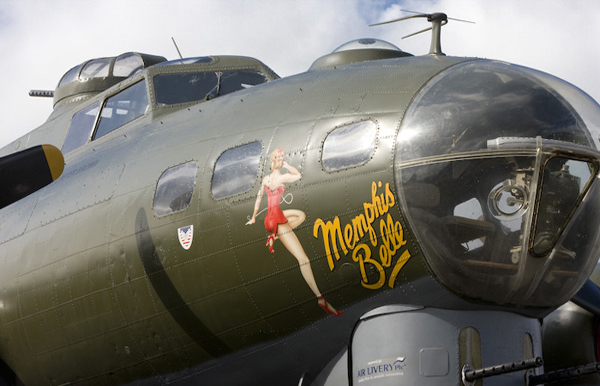 Duxford's Spring Air Show held every year during May is the season's opening air show. The Duxford Spring Air Show includes sensational aerial displays from historic aircraft, through to more modern aircraft from the RAF. There are plenty of activities to join in throughout the airfield which are suitable for all ages, also stalls and refreshments and as usual the museum hangars at Duxford are open for viewing too.

Duxford's first display of the season and with fantastic weather what more could you wish for. The theme of this year's Spring Air Show was the 70th anniversary of the arrival of the United States Air Force in Great Britain. To this end the Eagle Squadron were in evidence at Duxford. Opening the show was WWII veteran Bud Anderson flying in the Mustang Miss Velma with Dan Friedkin, Bud at 91 years old, an icon of the aviation world, flew the Mustang during the Second World War. Shortly after this flight the Eagle Squadron were in action gracing Duxford's skies with the Mustang, Spitfire, Hurricane and Thunderbolt, the aircraft carried out a flypast with B-17 Sally B before performing four-ship passes and then breaking off into pairs for some loops and rolls. As usual Duxford's resident aircraft were out in force with displays by a pair of P-40s followed by a pair of Harvards and a Stearman. The Lysander over from Old Warden was a welcome visitor to Duxford with its demonstration of low speed handling. 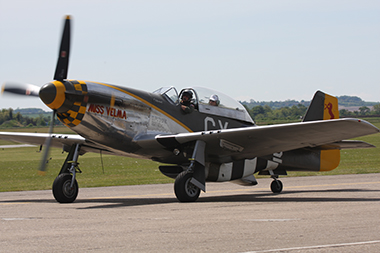 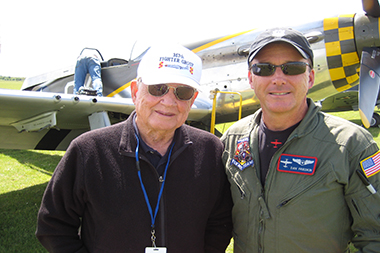 As usual the ever popular aircraft from the Battle of Britain Display made an appearance, the Lancaster, Spitfire and the newly painted Hurricane. A welcome change was the Hunter T7 up from North Weald, one of only two vintage jets at the display.

Also of note were the fast moving aerobatics by the Trig Team and the RV8tors. And old favourite and another resident at Duxford is Golden Apple's Sabre, back in the air after a long period of maintenance. Slowing things down now, some of the most sedate aircraft on the day were the pair of L4 Cubs, once again demonstrating the low speed handling of these small aircraft. 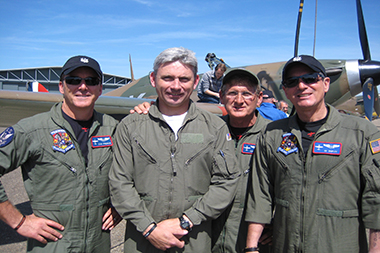 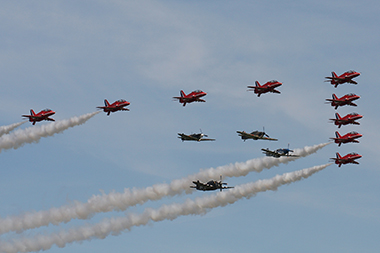 A fitting end to an excellent show was the flypast by the RAF Red Arrows in formation with the Eagle Squadron, followed by the classic nine-ship display by the Red Arrows closing the show. 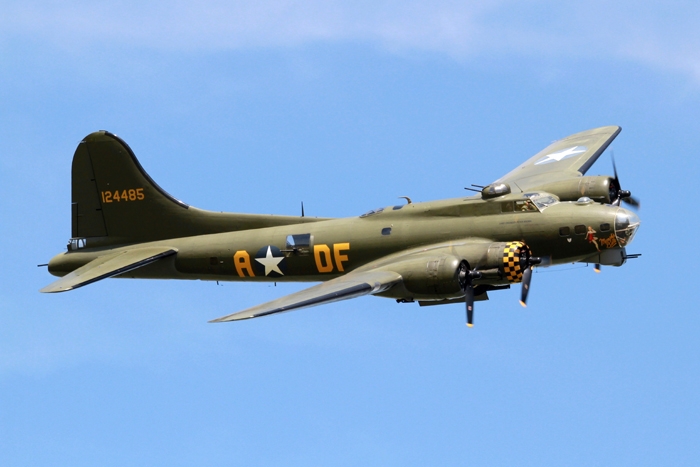 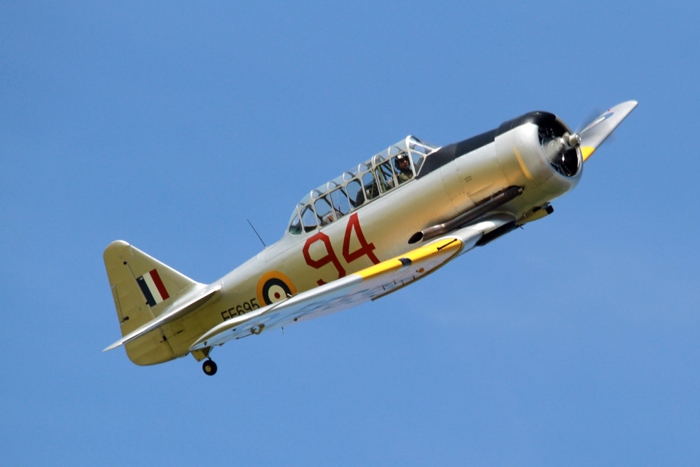 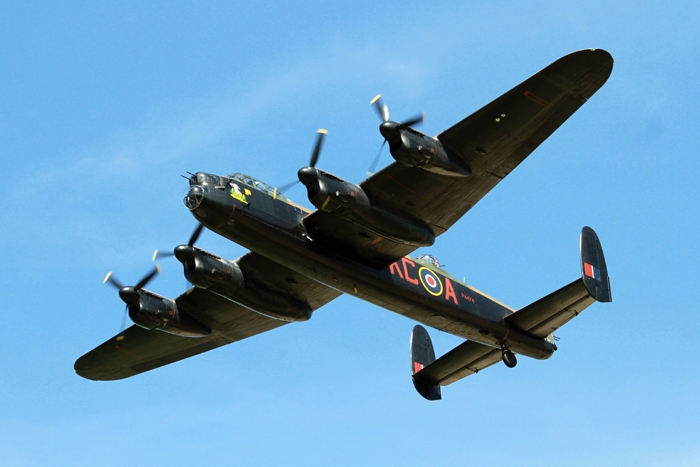 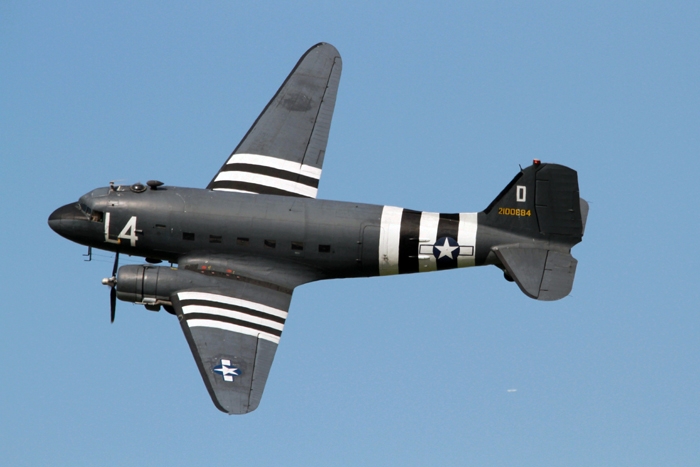 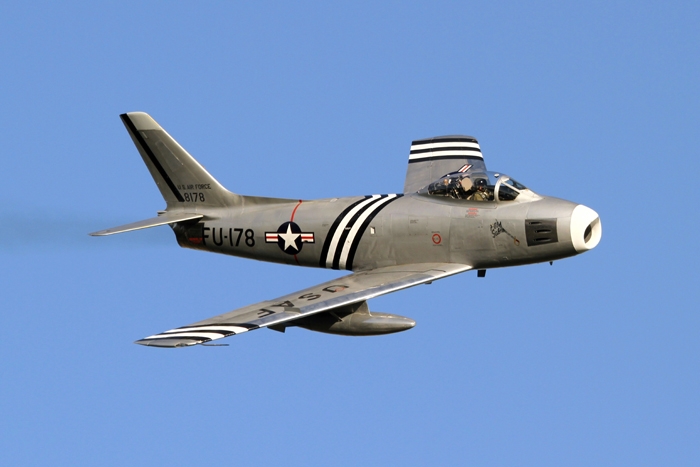 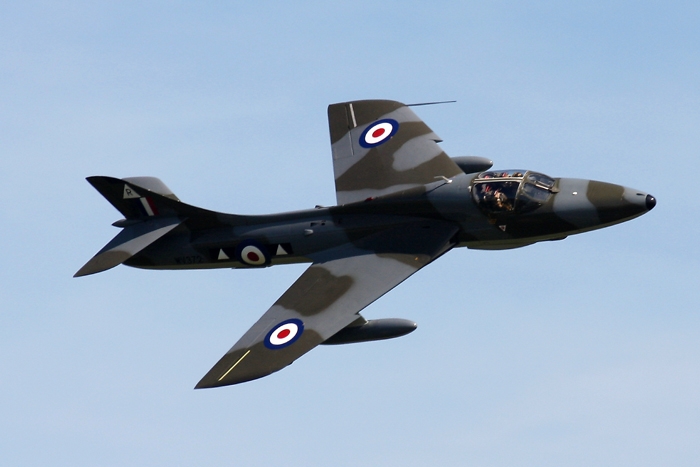 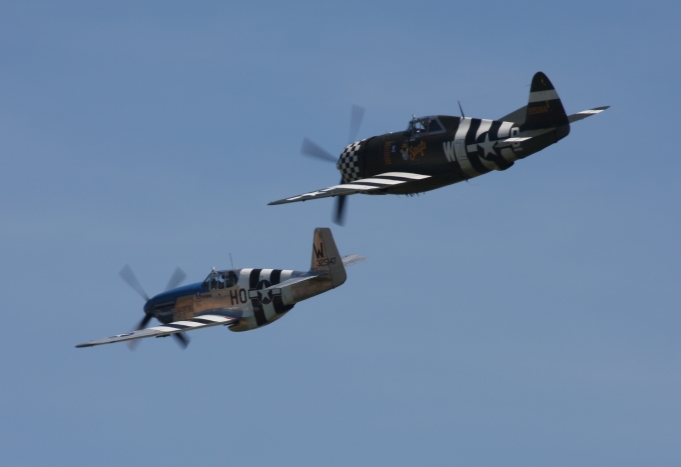 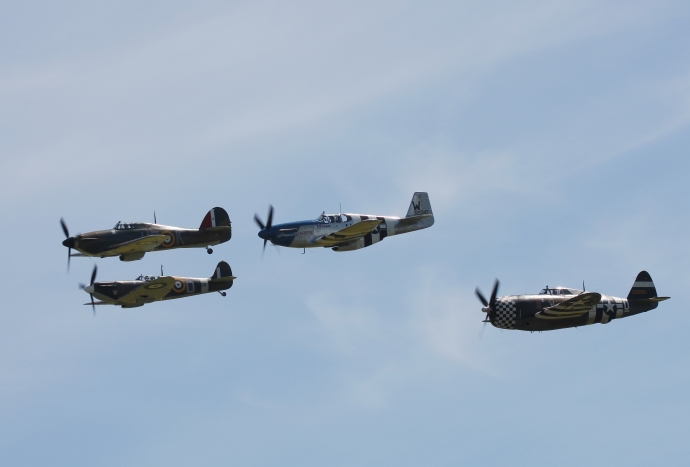 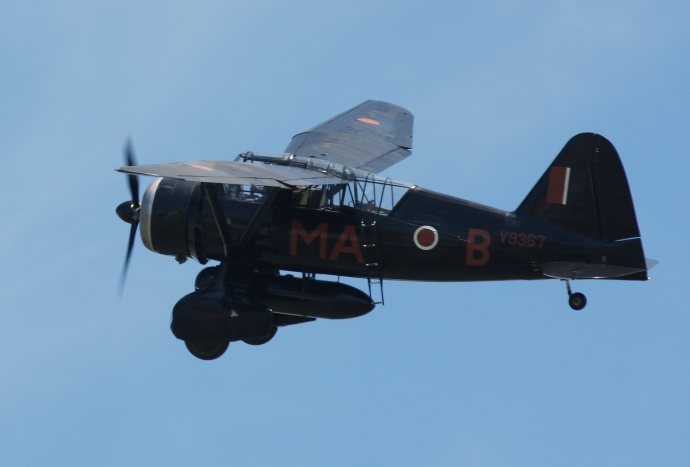 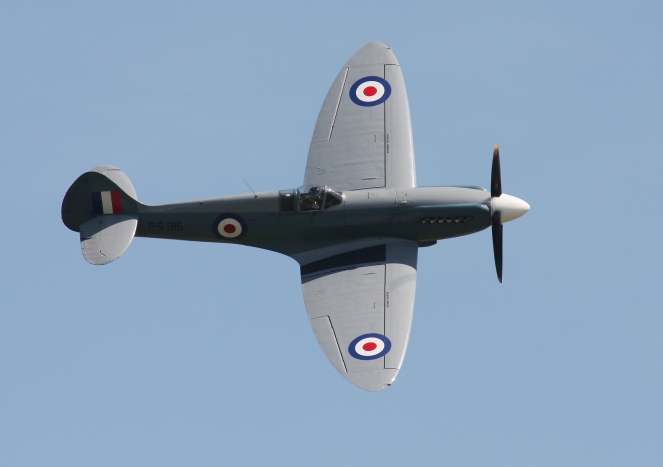 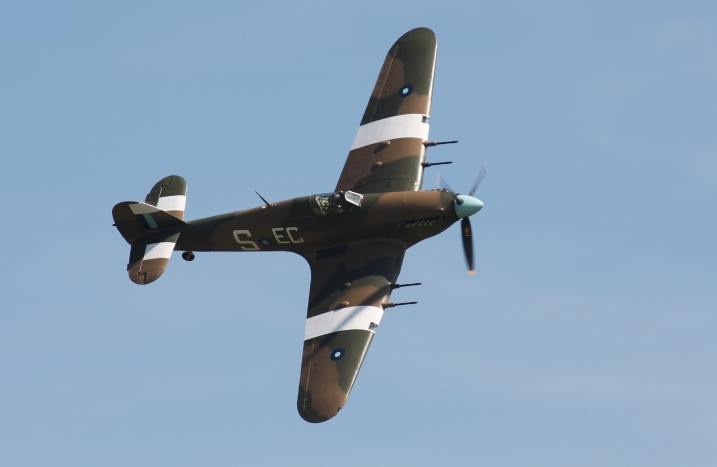