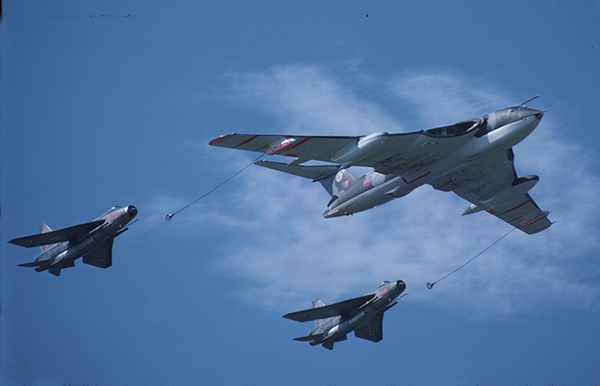 No. 57 squadron was formed on the 8th June 1916 at Copmanthorpe near York, from elements of No. 33 home defence squadron and soon departed to France flying in the role of fighter/reconnaissance role equipped with FE2ds. 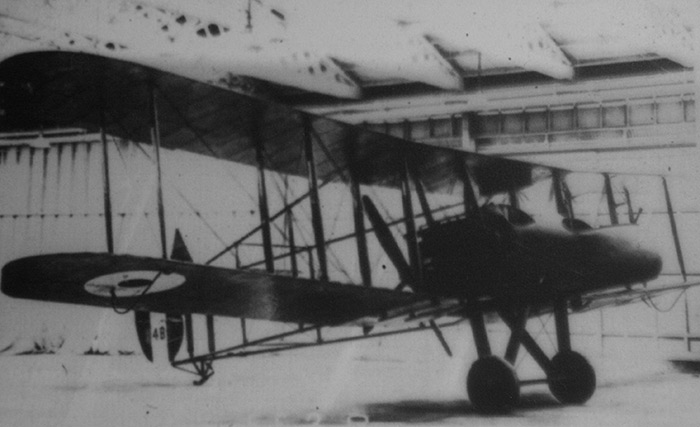 In the spring of 1917 the squadron started to convert to the Airco DH.4 and, after training, moved to the Ypres sector and started long distance bombing, reconnaissance and photography. 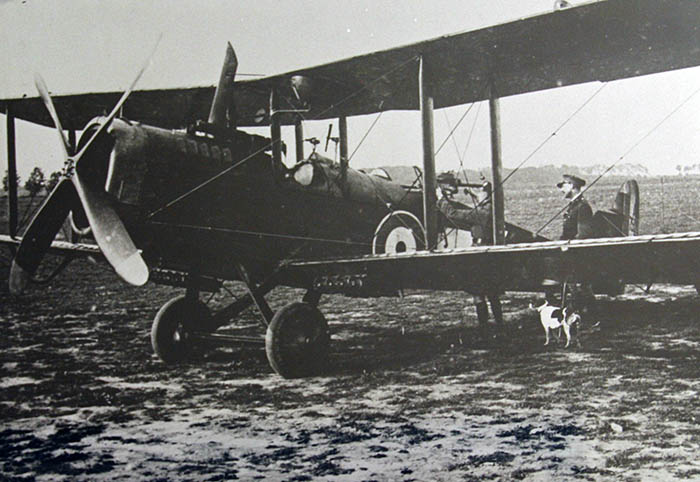 The squadron carried on these missions flying behind enemy lines, until November 1918. It suffered heavy casualties but was also very successful; having destroyed over one hundred and fifty enemy aircraft, dropped several hundred tons of bombs and flown numerous reconnaissance missions.

After November 1918 the squadron was used for mail shipping and converted to the DH.9A in February 1919. The squadron gave up its aircraft in July 1919, returned to England in August and was formally disbanded in December. 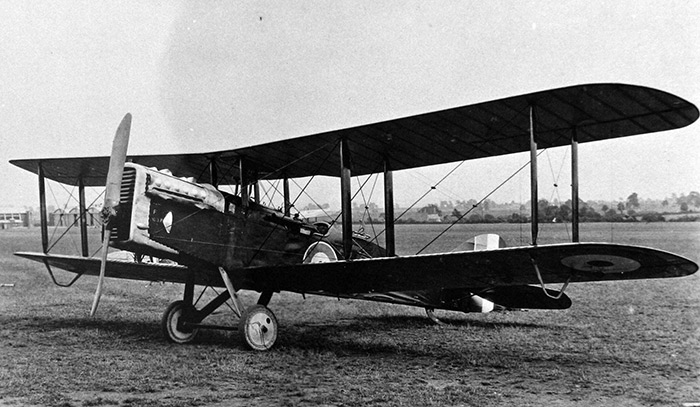 No. 57 squadron was reformed in 1931 at Netheravon with the Hawker Hart day bomber. 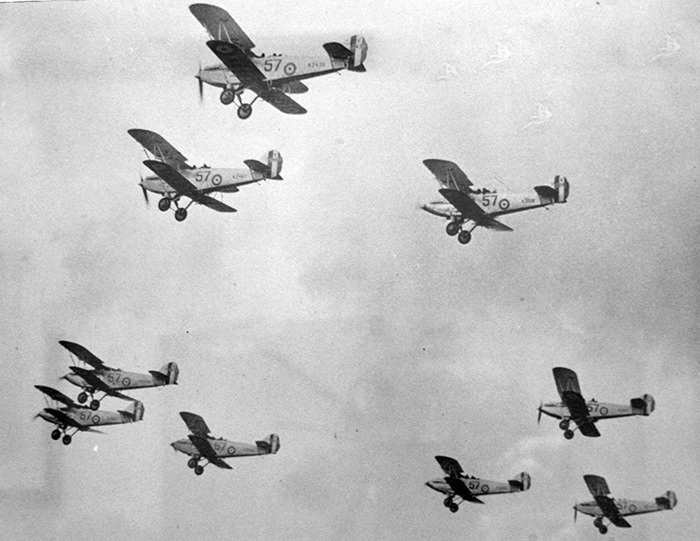 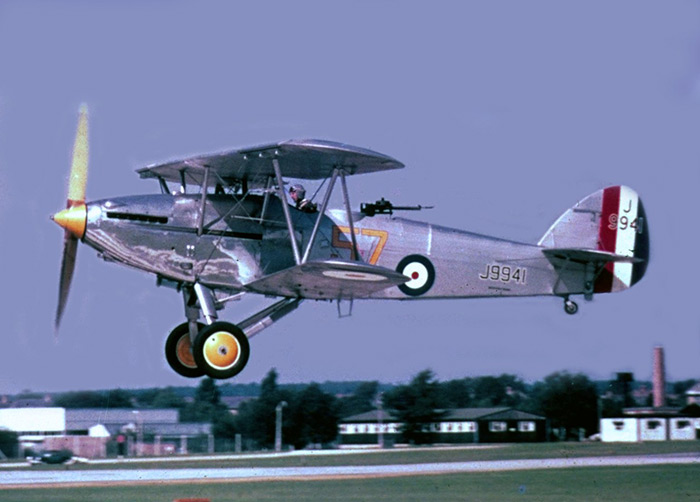 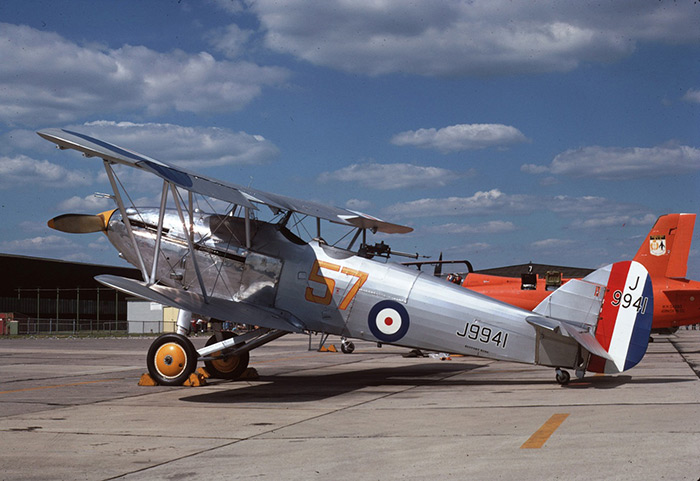 It flew this type until May 1936 when it re-equipped with the Hawker Hind. 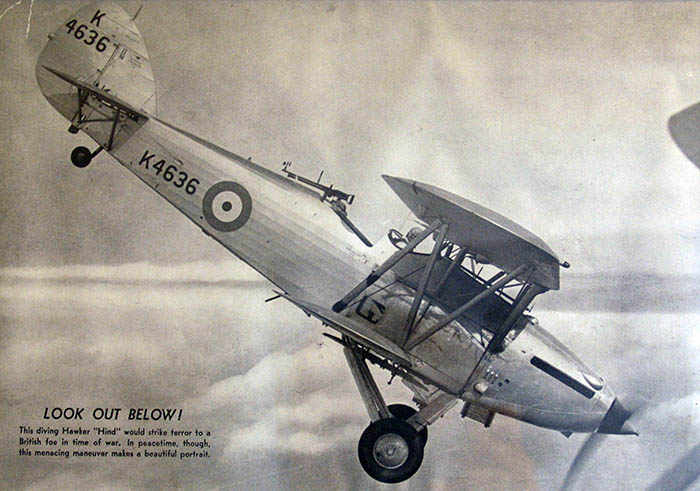 Hawker Hind K4636, a similar aircraft to the ones used by 57 Squadron. Crown Copyright

Two years later it was further re-equipped with the Bristol Blenheim I and in September 1939 became part of the British Expeditionary Force in France. 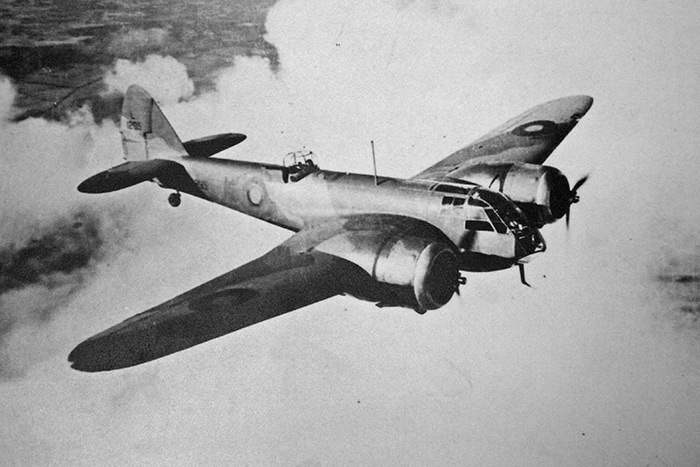 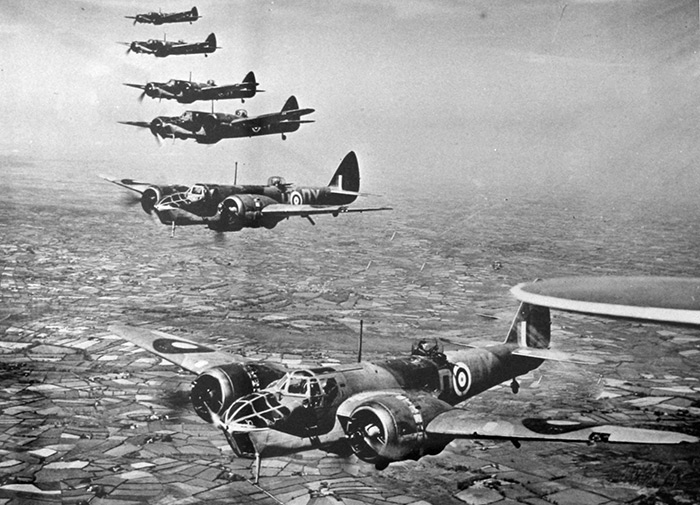 Re-equipment with the Blenheim IV came shortly before the Battle of France.

Following the evacuation of the BEF the squadron was briefly based at Wyton and Gatwick before moving to northern Scotland. In November 1940 the squadron moved to Feltwell, after another brief stay at Wyton, and re-equipped with the Wellington Ic. 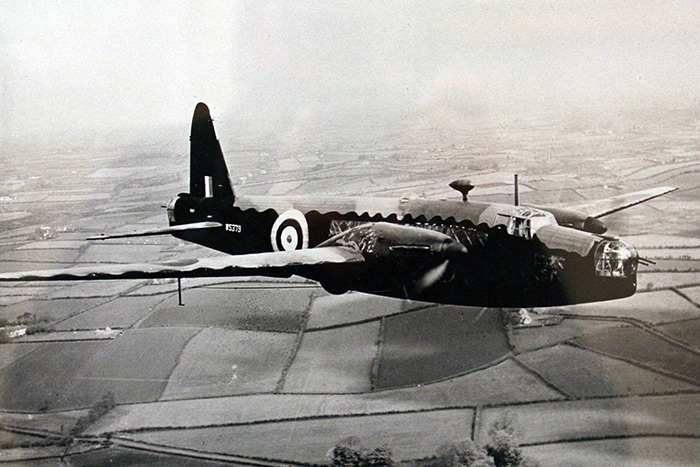 Wellington BII W5379, a similar aircraft to the ones used by 57 Squadron. Crown Copyright

After also operating the Wellington II and III, the squadron adopted the Lancaster I/III and moved to Scampton in September 1942. A move to East Kirkby a year later was the squadron’s last until the end of the war in Europe. Conversion to the Lincoln B2 in August 1945 was short-lived as the squadron disbanded on 25th November. However on the same day 103 Squadron at Elsham Wolds was renumbered as 57 Squadron. 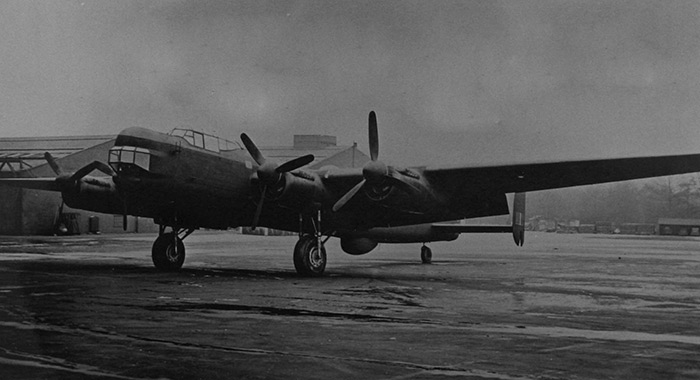 The RAF planned to equip all bomber squadrons with the Canberra B2 but the Lincoln became obsolete before sufficient Canberras could be produced. As an interim solution some B-29As were acquired on loan from surplus USAF stocks. These aircraft were designated the Washington B1, and 57 Squadron were re-equipped with them in April 1951. 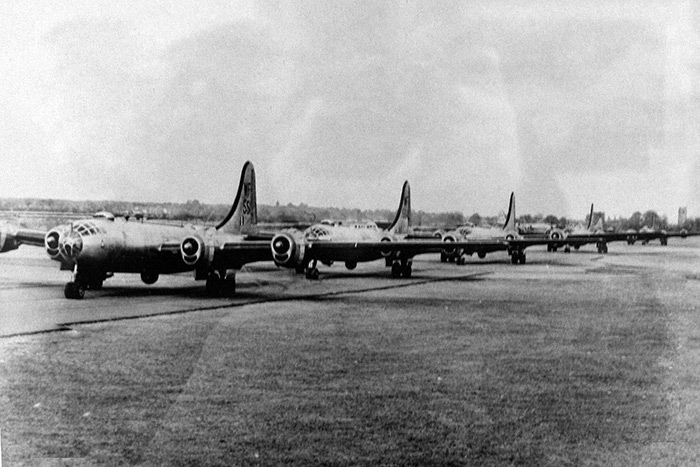 The Washingtons were operated for 2 years before Canberras arrived. 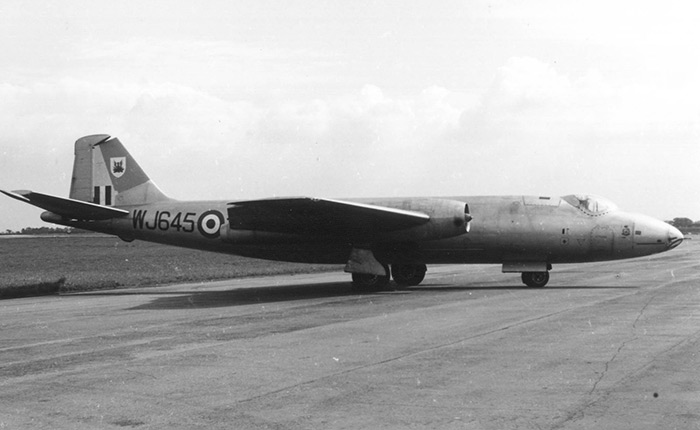 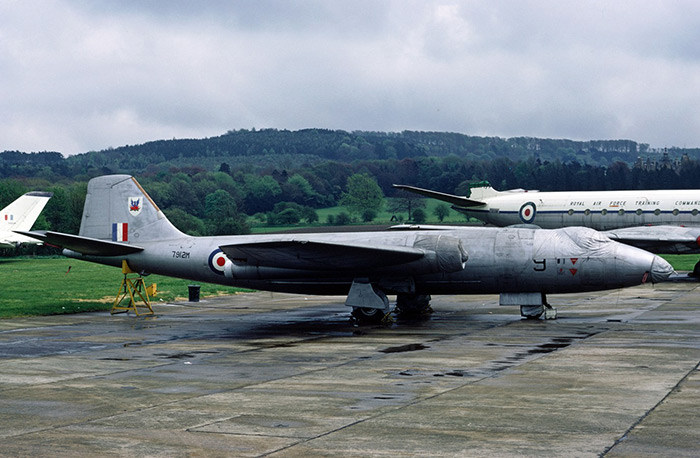 During the Washington and Canberra years the squadron rotated between Waddington, Coningsby, Cottesmore and Honington moving almost every year.

On the 9th December 1957 the squadron disbanded once again but was to reform on the 1st January 1959 at Honington, flying the Handley Page Victor B1 as part of the V Force that provided the nuclear deterrent. 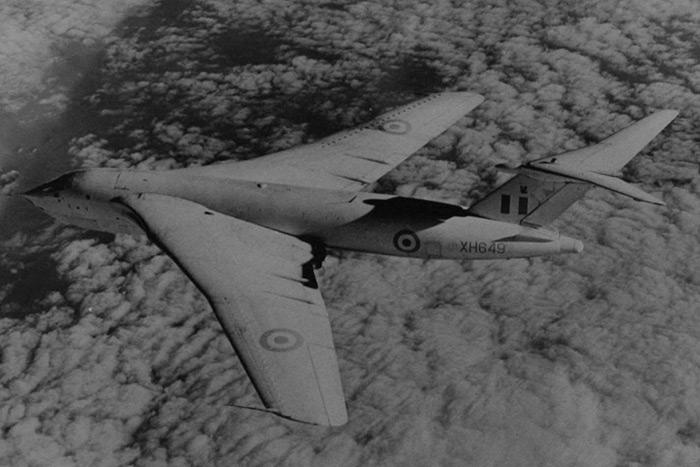 Victor B1 XH649 later served as a K1 with 57 Squadron. Crown Copyright

After 7 years of stability at Honington, in December 1965 the squadron moved to Marham to operate the Victor K1 tankers that were being introduced to replace the Valiant. 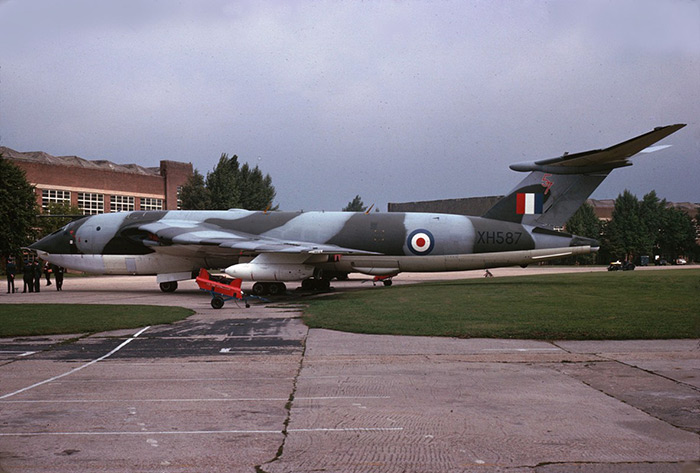 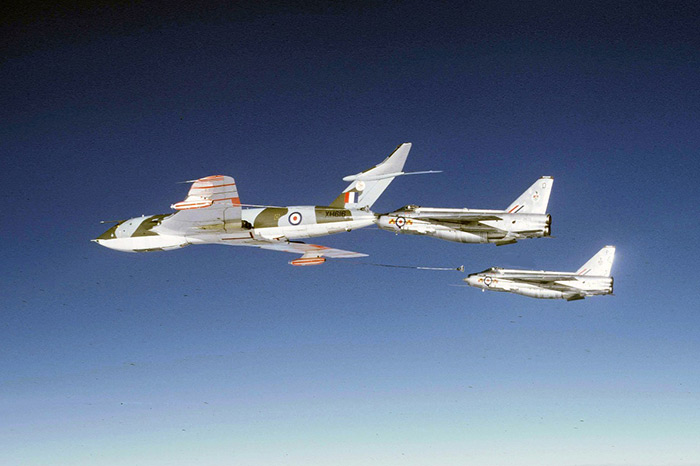 After 10 years operating the Victor K1 the first K2 tankers were delivered. Following a year during which the types operated side by side the squadron became a K2 only operator in May 1977. 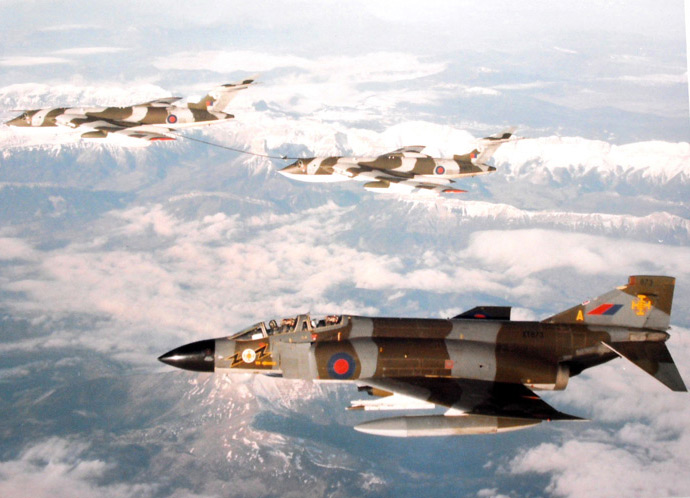 A pair of Victor K2s and a 111 Squadron Phantom. Image Crown Copyright 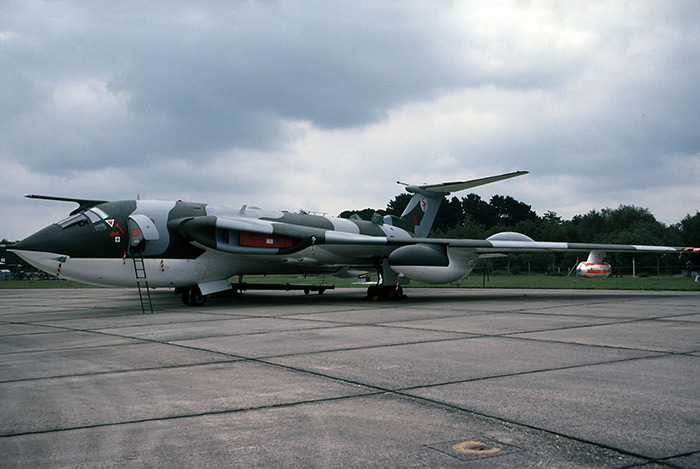 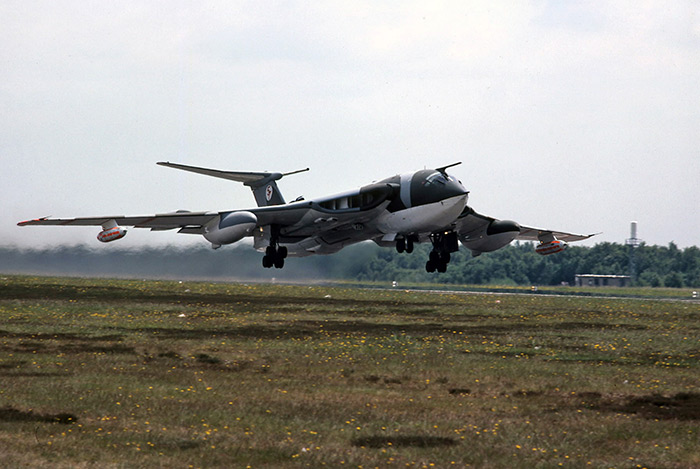 In 1982 came the squadron’s most significant operational commitment since WWII. Argentina invaded the Falklands Islands and the UK response was to send a task force to the South Atlantic under Operation Corporate. Along with 55 Squadron, 57 Squadron deployed to Wideawake Airfield Ascension Island. 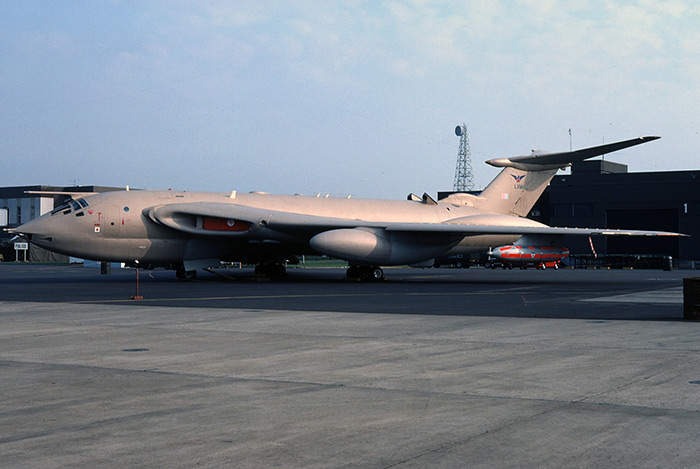 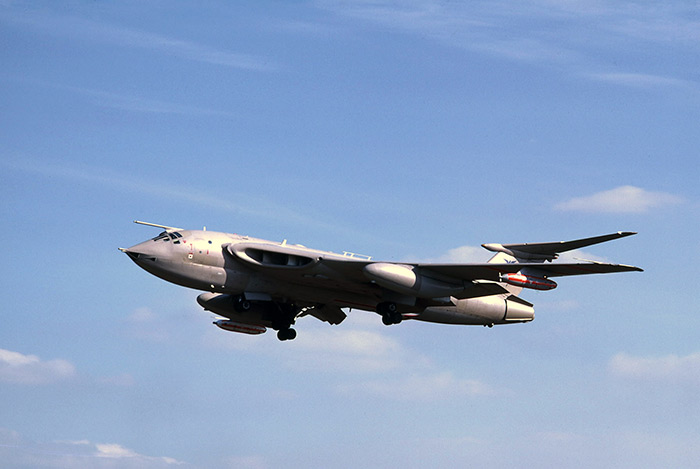 There followed six weeks of intensive operations including support for the Black Buck bombing missions. With the recapture of the Falklands the emphasis of operations changed to support for the air bridge used to reinforce and re-supply the newly established garrison. The levels of activity in the South Atlantic meant that the remaining life in the Victor fleet was being consumed faster than originally expected. It was decided to concentrate the remaining aircraft in one squadron. As a result 57 Squadron disbanded on the 30th June 1986.

Although it was widely expected that the disbandment at Marham would be the end for 57 Squadron, a change of policy led to an unexpected resurrection. It was decided to assign reserve squadron status to the OCUs. 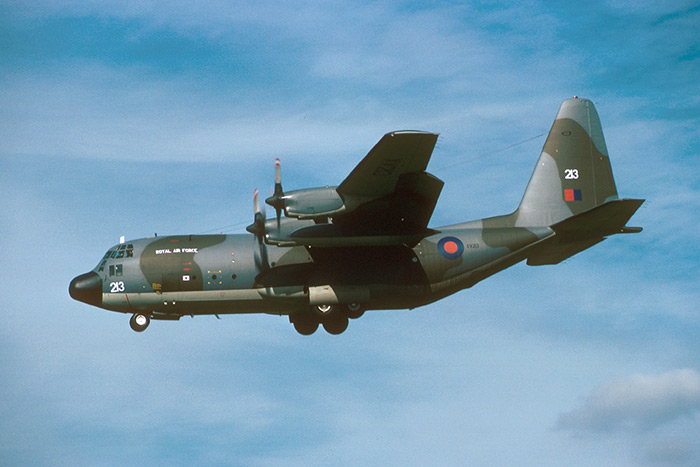 On 1st October 2008 the squadron reformed as an elementary flying training squadron for RAF pilots, as part of 3FTS, based at Wyton and equipped with the Tutor T1. 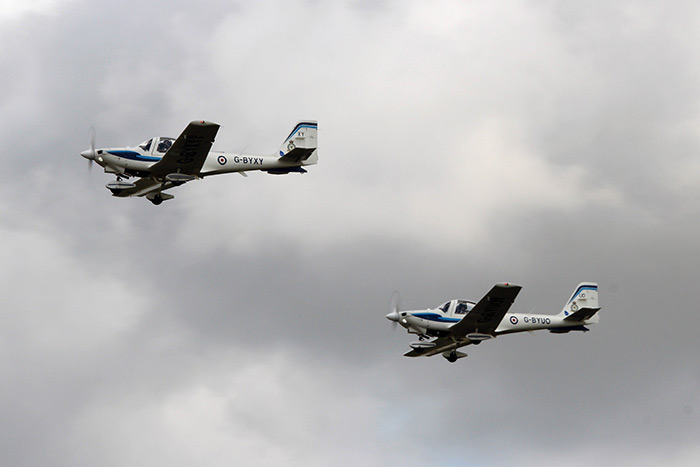 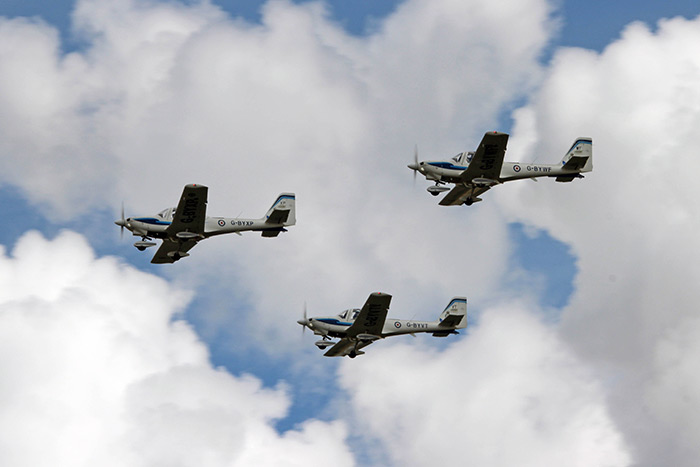 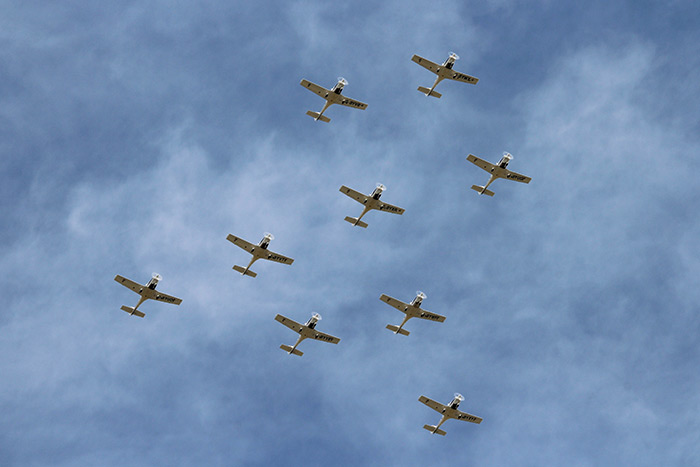 With the planned closure of Wyton to flying during 2015, the squadron moved to RAF Cranwell on 7th October 2014, transiting as a 9-ship formation. 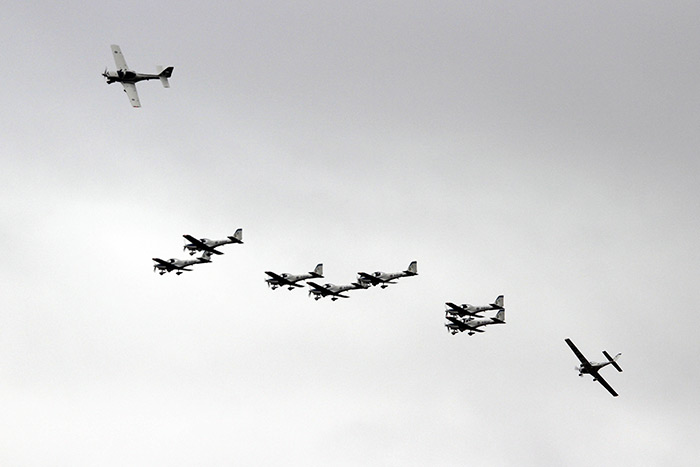 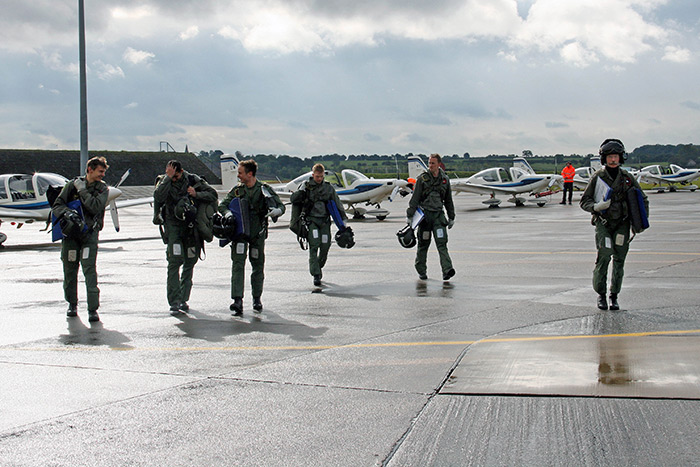