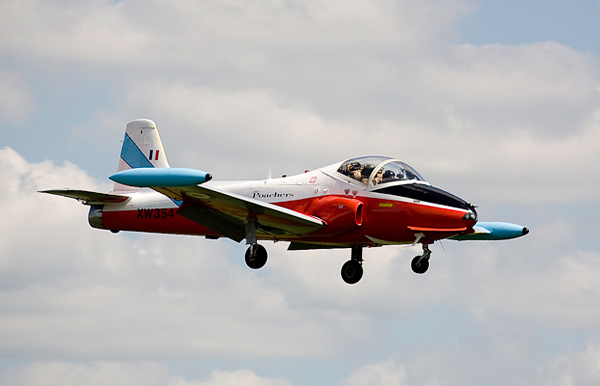 The Jet Provost was developed from the Piston Provost, as a side by side two-seat single-engine training aircraft. The prototype first flew on 26th June 1954. The "JP" as it was affectionately known, was used in a variety of roles for over forty years. Being replaced by the Tucano in the early 1990s.

The JP was probably most famously known for display teams such as The Blades, Macaws and The Red Pelicans. One of the last RAF Stations to retire the JP was RAF Finningley with 6FTS, with navigation training aircraft in the mid 1990s.

A few examples of the Jet Provost are still used at Cosford as ground instructional airframes and for ground handling training. The JP is still much sought after with many examples being retained in private ownership.