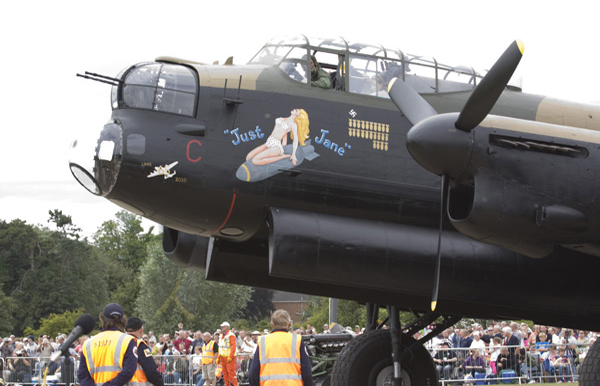 The Lincolnshire Aviation Heritage Centre is a family-run museum and was set up over twenty years ago by Fred and Harold Panton as a memorial to their brother Pilot Officer Christopher Panton, who along with 55,000 aircrew of RAF Bomber Command lost his life during World War II. It was opened by Marshal of the Royal Air Force Sir Michael Beetham GCB CBE DFC AFC on the 8th July 1989.

The centre is sited on part of the old Royal Air Force airbase at RAF East Kirkby and is home to Avro Lancaster NX611 Just Jane. Many of the buildings and the control tower date back to the 1940s. The museum also houses a collection of vehicles and equipment and aviation artefacts. There is also a well stocked shop which sells aviation items and also next door you can visit the NAAFI, which offers a great menu of high quality hot and cold foods and various drinks.

(When you are visiting the Lincolnshire Aviation Heritage Centre, why not have a taxi ride in the Lancaster or new for 2010, the Dakota) 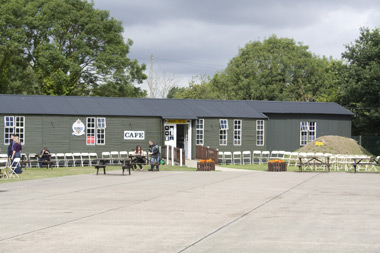 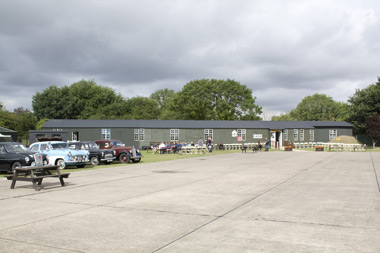 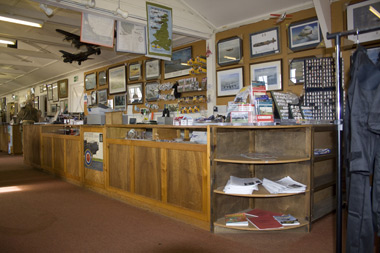 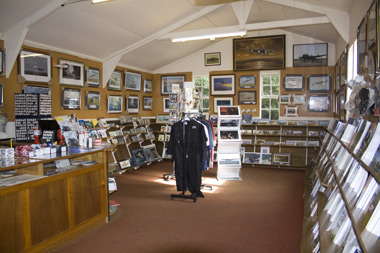 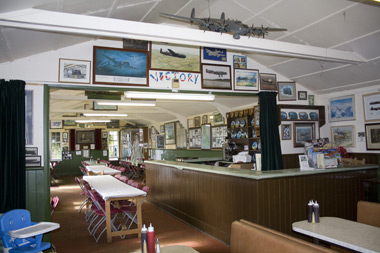 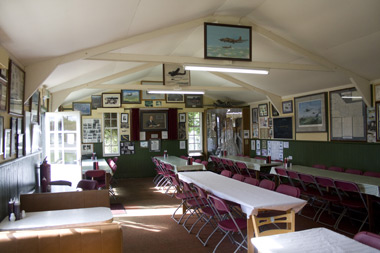 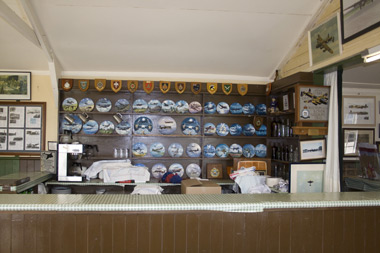 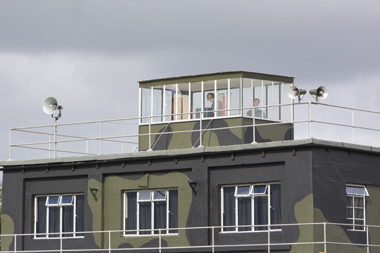 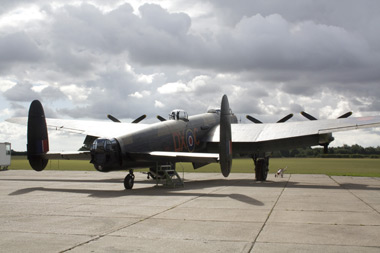 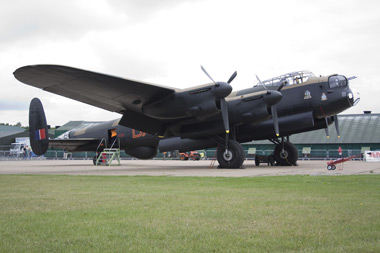 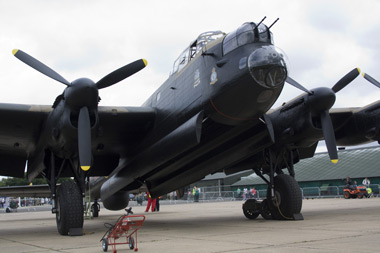 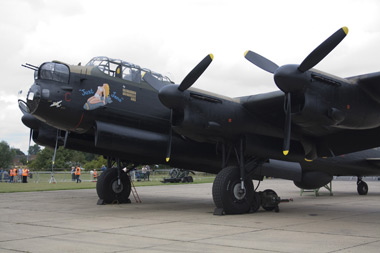 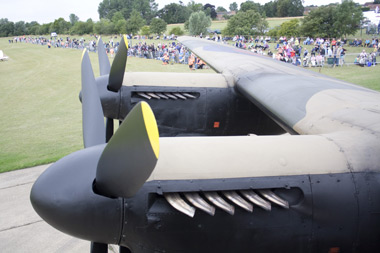 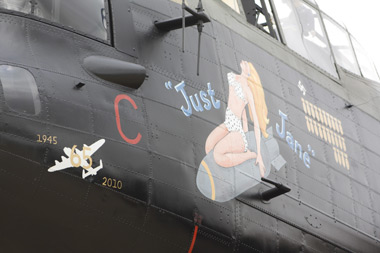 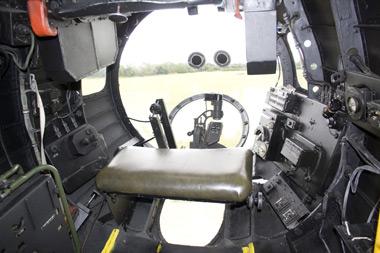 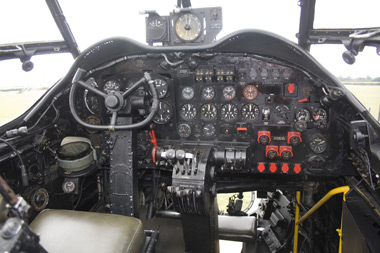 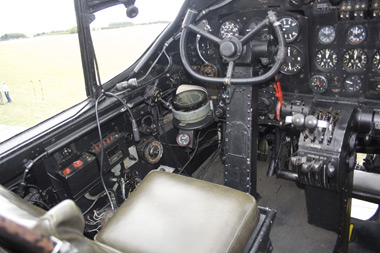 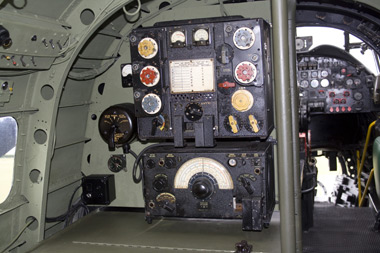 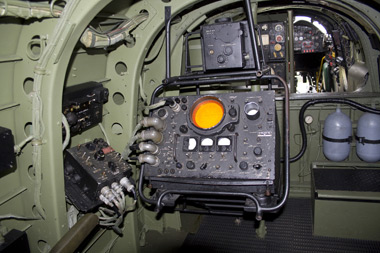 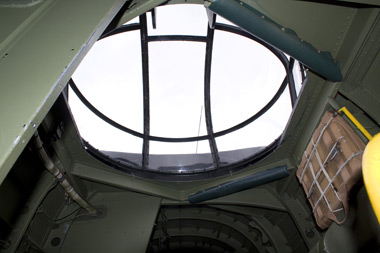 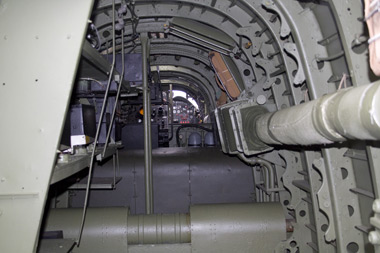 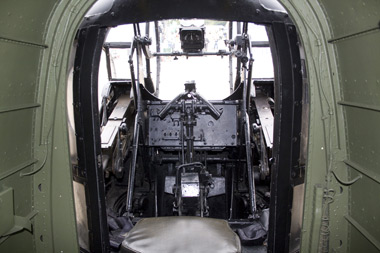 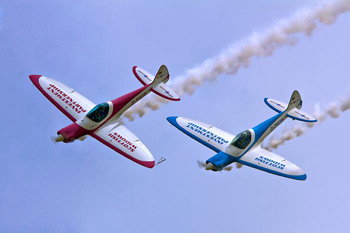 The day started very dull and gloomy with the odd spot of rain but conditions gradually improved throughout the afternoon and the final sequence, by the Catalina G-PBYA, was carried out in brilliant sunshine. The BBMF Lancaster disappointingly cancelled due to a lack of available aircrew while Maurice Hammond's Mustangs and the Sbach 300 were also no-shows, apparently because of double booking. The Catalina and Paddy Green's C-47A N473DC were open to the public for internal inspection during the morning but unlike the Cat, the latter did not fly in the display.

The flying programme was kick-started by a Spitfire and Hurricane from the BBMF but their performance was severely limited by the low cloud blanket. Half an hour of model aircraft performances allowed the weather to improve.

Noticeably before the Silence Twisters of the SWIP Team gave a smooth display of aerobatics looking just like a pair of miniature Spitfires, a slow dogfight then amused the record crowd with Stewart Smith in the DH2 replica G-BFVH taking on the maroon Dreidecker replica G-FOKK.

Following that Captain Neville's Flying Circus entertained everyone with an exhibition of traditional barnstorming that lasted about three quarters of an hour. The aircraft used were the oldest airworthy Tiger Moth G-ACDA, a Jackaroo G-ANZT, Emeraude G-AZGY, Chipmunk G-ALWB and another Tiger LF858. Rotorsport MT-03 G-JBRE then showed just how sprightly an Autogyro can be before the modellers brought on some radio controlled jets and a Wellington.

The enormously popular Breitling Wingwalkers put in an amazing display with their usual panache laced with glamour before Nigel Wilson in the Attitude Inc Yak-52 G-BXJB filled the sky with even more smoke. As the smoke cleared the sun came out to bless the gleaming white Catalina with sunshine for a sparkling finish to the programme.

For many however the most memorable moments of the day's activities were the roar of the mighty Merlin engines of East Kirkby's Lancaster "Just Jane" when she twice started up and taxied round the airfield. 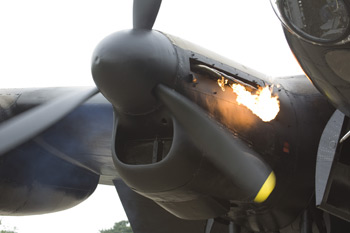 As people arrived at the airfield they were treated to the site of Just Jane (the Panton family's Lancaster) parked out on its dispersal and with the weather conditions looking promising it looked as if it was going to be a good day for an air show. This is the second year the Panton family have run the air show alongside the RAF Benevolent Fund.

Not only were there aviation oriented items on show, there were also a large number of vintage MG sports cars as well as other Ex Military vehicles. There were also numerous other exhibits and trade stalls, a flight simulator, a replica Hawker Hurricane, a Lightning F6 and a Jet Provost cockpit. Also the shop and NAAFI were open for business.

To the early birds the flightline was empty when they first arrived, it was not long before you heard the sound of vintage aircraft engines. One of the first arrivals was Captain Dennis Neville's Flying Circus, with a mixture mostly made up of de Havilland aircraft. The flightline soon filled up with The Swift Team, John Elliot in the Autogyro, Justin Needham in the Piper Cub, Maurice Hammond's Mustang pair, Stearman and Harvard and later in the day the Mustangs were joined by Rob Davies with his Mustang 'Big Beautiful Doll'.

Another well organised air show by Andrew Panton and his family, with a well polished commentary by FlyPast editor Ken Ellis. Visitors to East Kirkby were treated to an almost nonstop three hour flying display. Starting the air show off were flying models of an F-86 Sabre and MiG jet aircraft. Throughout the afternoon there were displays by The Twister Duo, the Spitfire and Hurricane from The Battle of Britain Flight, Nigel Wilson in the Yak-52, John Elliot in the Autogyro, Justin Needham in the Piper Cub and the much awaited start-up and taxi run of Just Jane. To close the show the crowd were thrilled by the trio of Mustang fighters, who made several high speed flypasts and other aerobatic manoeuvres. 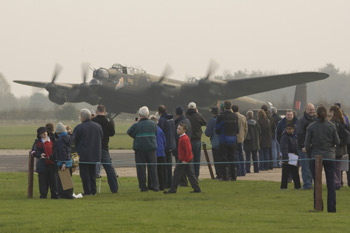 It was a poignant event on this special Armistice Day at East Kirkby Airfield. The Panton family as usual making all the visitors very welcome. With it being our first visit to East Kirkby we found the friendly family atmosphere and the welcome we received second to none. With the World War II buildings and artefacts on show at the museum it added to the sound of the four Merlin engines running up on Just Jane, who in the capable hands of Ex Battle of Britain Memorial Flight Lancaster pilot Ed Straw carried out two taxi runs during the day.