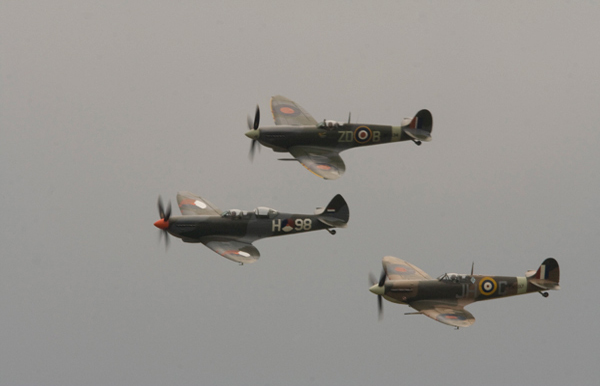 The Duxford Spitfire Day held during the beginning of August brings together aircraft and veterans at the RAF's first Spitfire base. Duxford was home to the first operational Spitfire Squadron, No. 19 Squadron in 1938. Duxford's fighters were regularly scrambled against the Luftwaffe during The Battle of Britain. Duxford's aerodrome itself is a historic site dating back to 1918 when the Royal Air Force (RAF) was formed by amalgamating the Royal Naval Air Service (RNAS) and the Royal Flying Corps (RFC). 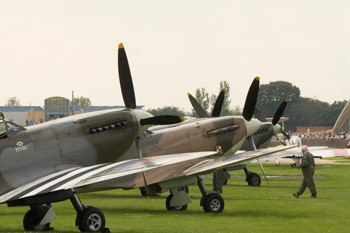