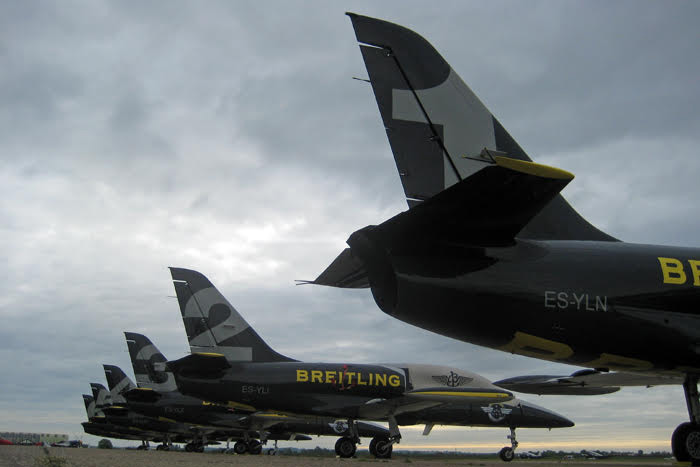 As usual the IWM at Duxford hosts a major Air Show in late May, this year it was on the 25th - 26th of May. The two-day show had almost an identical line up of aircraft apart from the Sunday when we were treated to flypasts of F15s from RAF Lakenheath with the Thunderbolt and Mustang.

Below we have included some of the weekend's paricipants.

All images courtesy of Bob Franklin unless otherwise stated.

Saturday's show started with the very noisy arrival of Flt Lt Jim Peters in the Typhoon FGR4 from RAF Coningsby in Linconshire, this is the second year for Jim as the Typhoon display pilot and his display routine shows the aircraft off in a display of precision and agility. 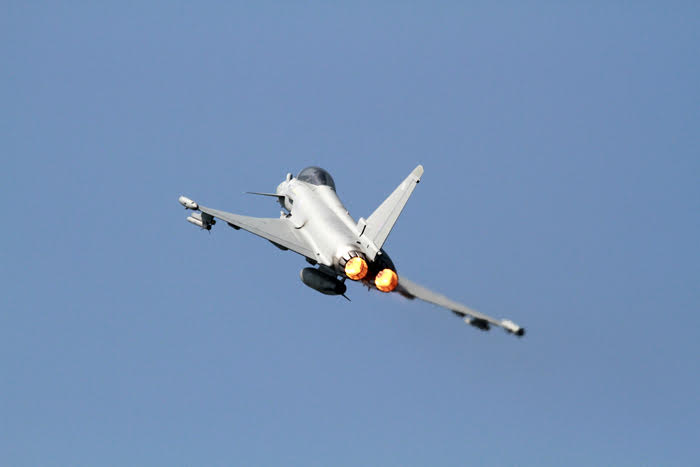 Now moving on to some of the oldest and slowest aircraft around, the nine ship formation team of Tiger Moths. The aircraft come from all corners of the country and are painted in a variety of colour schemes. The Tiger Moth, a two seat training aircraft, was used to train many of our Second World War pilots and can been seen flying from Duxford giving local flights. 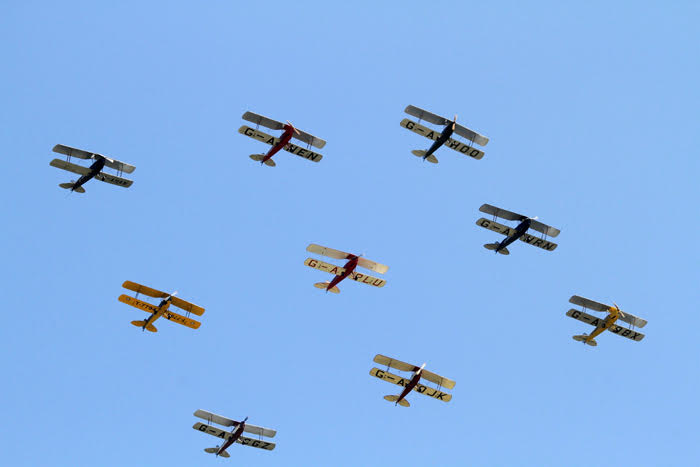 The Chinook, commonly known as the Wokka, always noisey and a great display for the crowds with the added bonus of the big red hands. Based at RAF Odiham in Hampshire, the Chinook display is a pleasure to watch, one of the largest Helicopters ever built, and for such a large craft you would not imagine the things it can do. 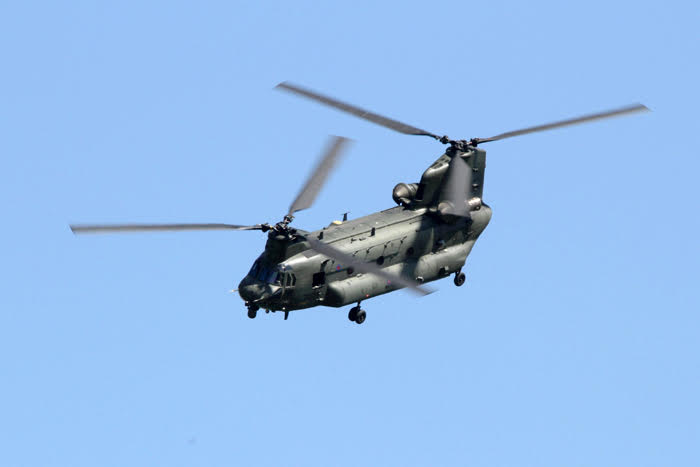 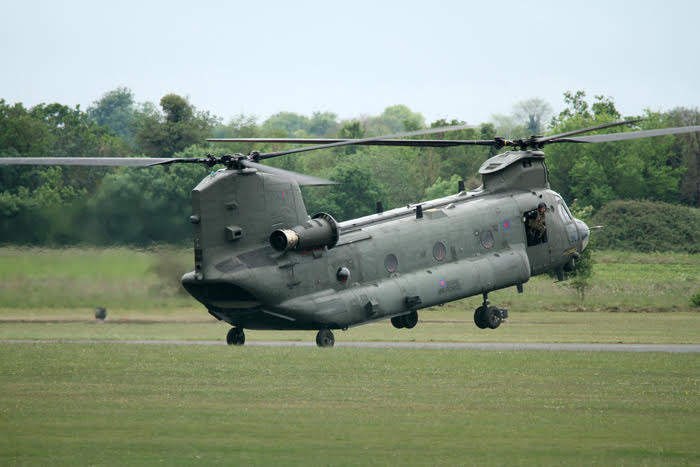 The Grob Tutor, The first aircraft that a new pilot will get to fly when learning to fly with the RAF, The Tutor was the direct replacement for the Chipmunk and Buldog. 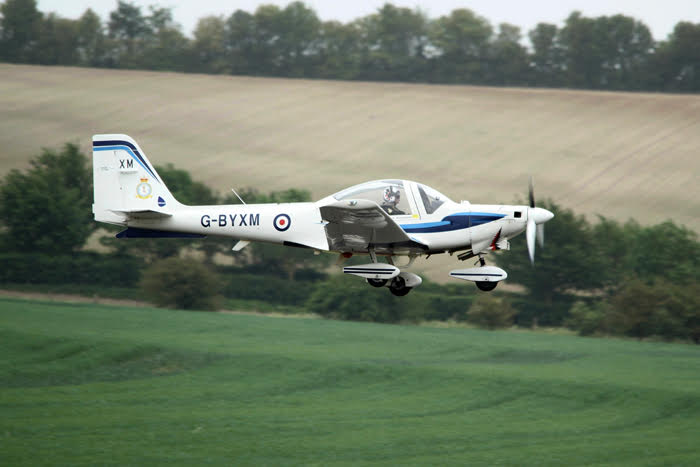 Trainer Duo, This trainer pair consisting of a Jet Provest T3 and Harvard both used to train pilots in yesteryear, both aircraft displayed separately, which showed the differences between piston and jet aircraft. 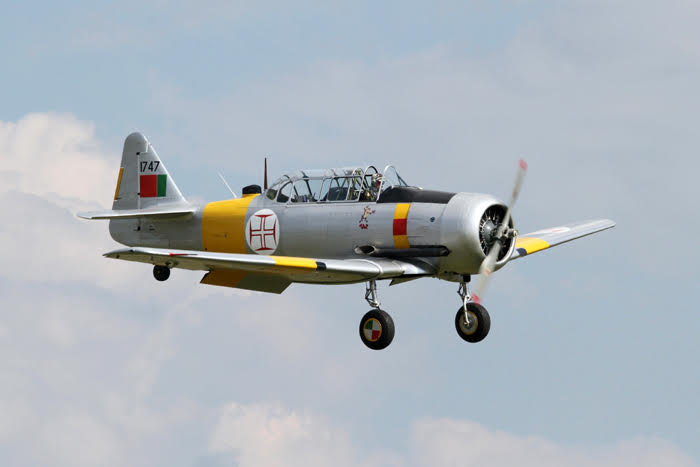 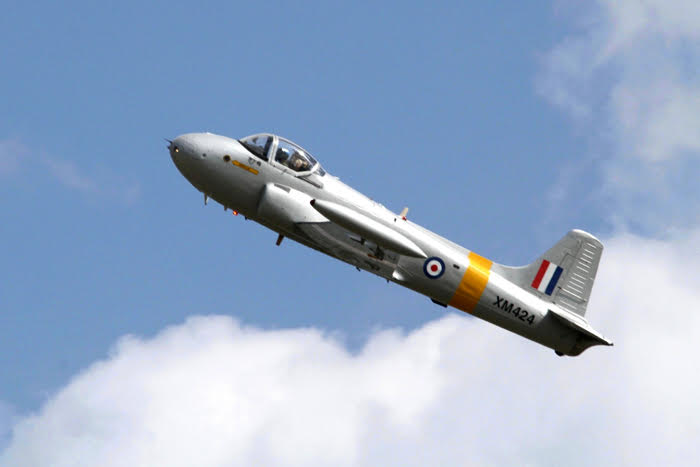 Strikemaster Pair, These two aircraft painted in the colours of the Oman airforce, operate with the North Wales Military Aviation Services and are flown by Ollie Suckling and Mark Petrie in a graceful and well choreographed display. 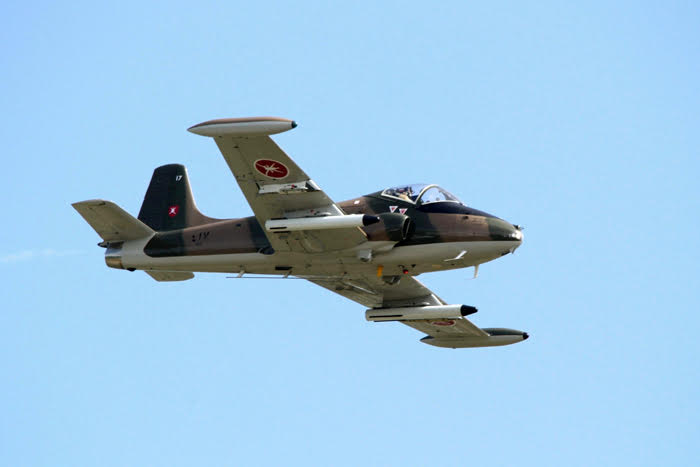 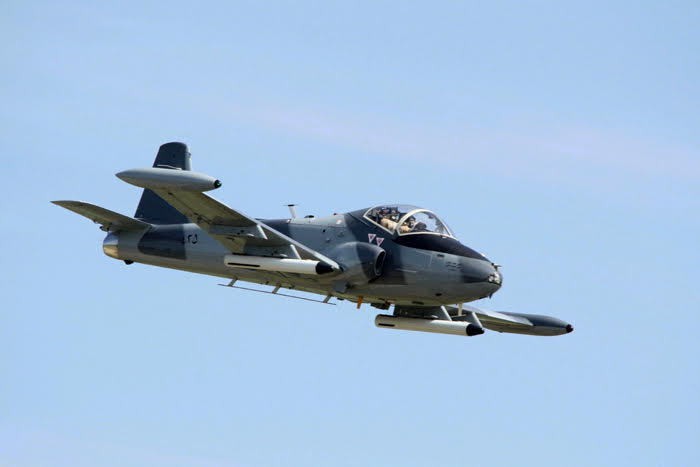 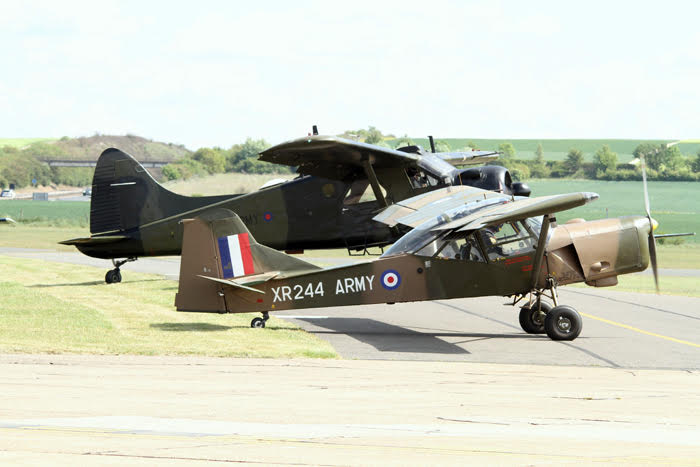 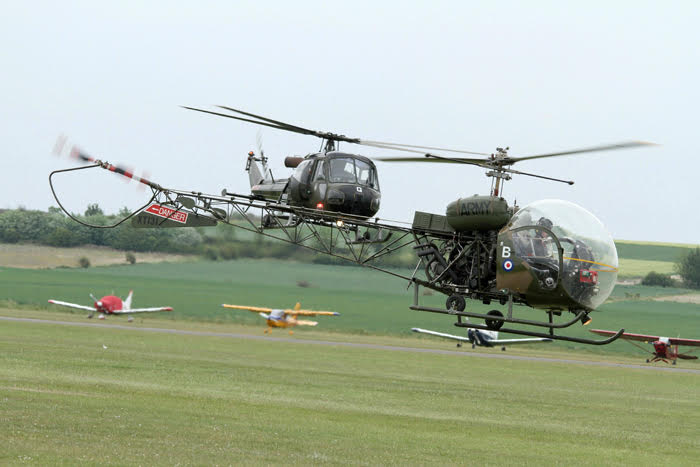 The Agusta Westland Apache from RAF Wattisham, The role demonstration and mixed handling of the Apache is superb and coupled with the pyrotechnic display realy makes this a display worth watching. 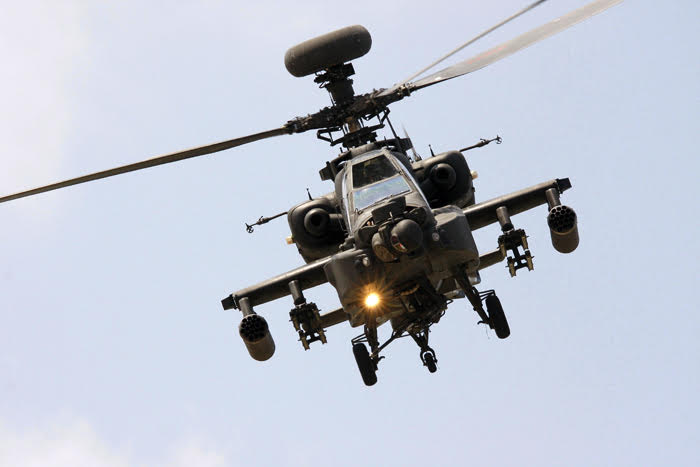 The Catalina, one of the three resident aircraft displaying at Duxford this weekend. The Catalia has been based at Duxford for many years and is a rare example of the type which played a big part during the second World War rescuing downed aircrew and anyone else who found themselves in trouble in the sea. 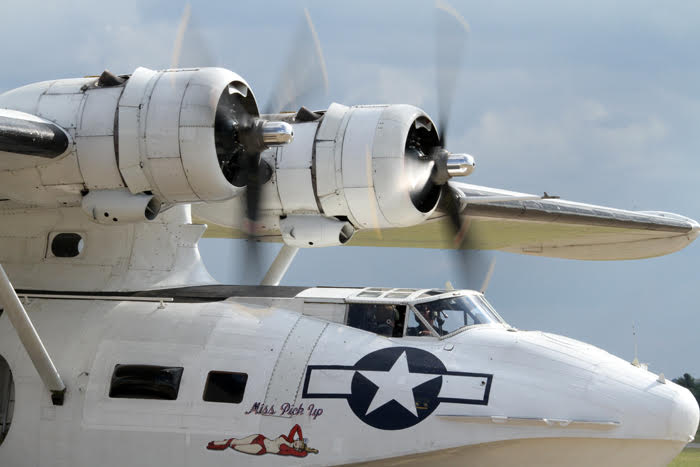 Bader Bus Company Display Team, The team consists of three pilots who have a variety of disabilities, this is the first time they have displayed in public, so another first for Duxford. The display is set against a piece of music composed by Charley Vickers, Douglas Bader's Grandson. 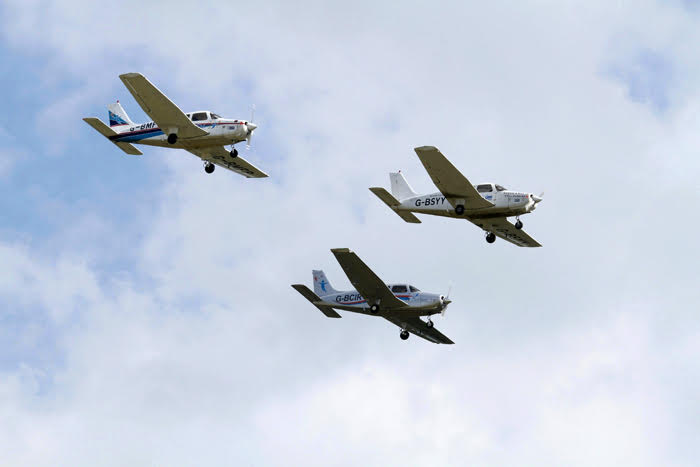 B17 Sally B, Europe's only airworthy Flying Fortress owned by Ellie Sallingboe and cared for by her team of engineers and volunteers. Sally B, a long time resident at Duxford, always thrills the crowds with her sedate flypasts and especially her pass with smoke from engines on one side. 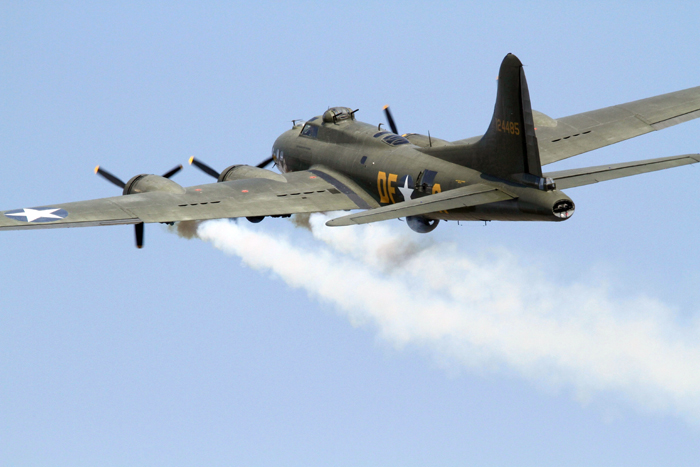 USAF Fighters, The P47 Thunderbolt and the Mustang TF-51D gave the crowds some close formation aerobatics with high speed passes with the aircraft in close formation. 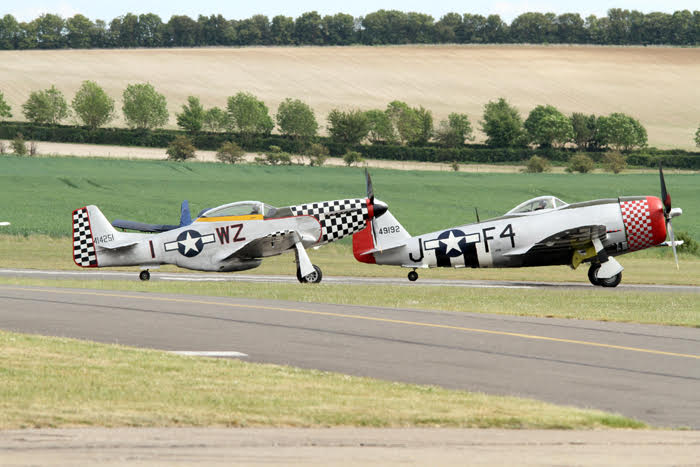 Supermarine Spitfire 1a N3200 closed the show. This aircraft first entered service with 19 squadron at Duxford and after a forced landing, lay on a beach for sixty years before being restored to flying condition and ultimately being donated to the museum. 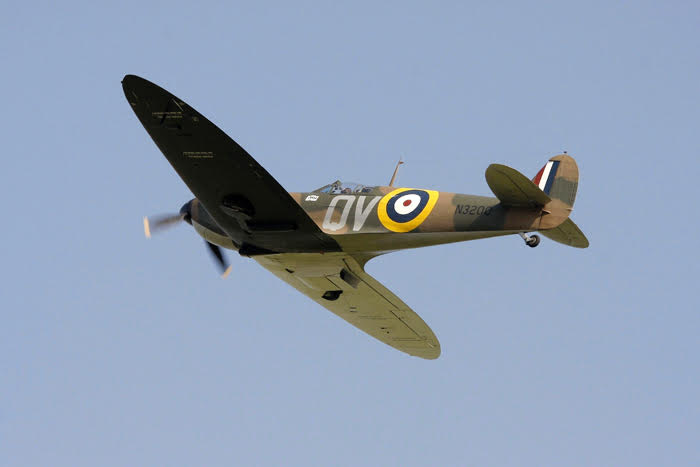 A mix of different Aircraft, some old, some modern, but on the whole the show was well attended and apart from some rain showers on the Sunday, another good weekend at Duxford.

If you include the hangers packed full of rare aircraft and the tents packed full of just about everything the budding aviation enthusiast could possibly want, from a print to a Hamburger or even a book signed by one of the visiting Veterans, Duxford has it all.