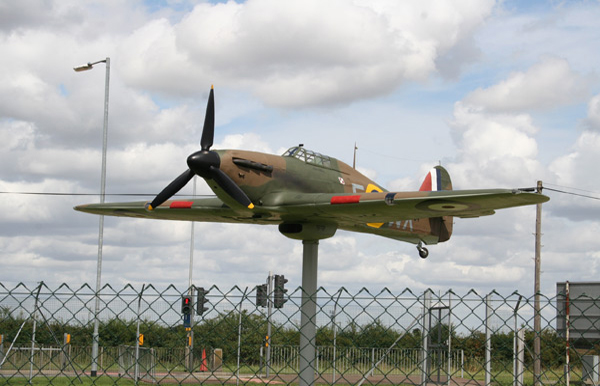 Duxford Aerodrome (formerly RAF Duxford) has roots going back to 1918 when many of the buildings were constructed. In the earlier years Duxford was the home to such aircraft as Bristol F.2 Fighters, Gloster Grebes and Bristol Bulldogs. In fact the RAF's first Spitfire Squadron, No. 19 Squadron was based at Duxford. Other RAF aircraft operated from Duxford, these included Hurricanes, Typhoons, Javelins and Hunters. Duxford was also used by the Americans for operating the Bell P-39 Airacobra and the P-51 Mustang.

Today Duxford is owned by the Imperial War Museum and its hangars are home to a varied selection of aircraft from the B-52 Bomber (which is the largest aircraft at Duxford) to one of the smallest, the Hawker Nimrod.

Travel information: Junction 10 off the M11, 15 minutes from Cambridge, 40 minutes from the M25. Ample free parking.