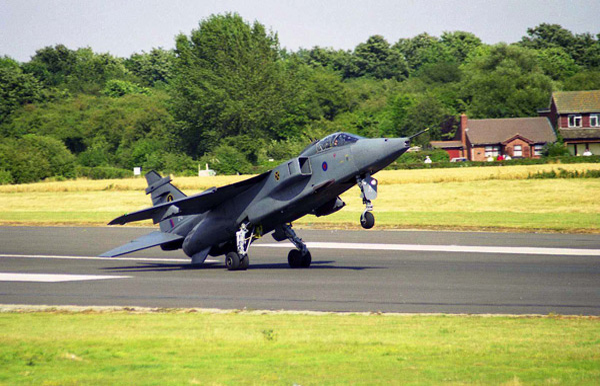 Cranfield Airfield situated in the heart of Bedfordshire, which was originally a World War II Aerodrome, RAF Cranfield. Cranfield is used extensively by fixed-wing and helicopter flight training organisations and used to be home to Kennet Aviation's collection of vintage aircraft.

Cranfield itself is unique as it is the home of the only English Electric Lightning T.5 (XS458) in the country, which is kept in fully taxiable condition and is owned by Russell Carpenter. 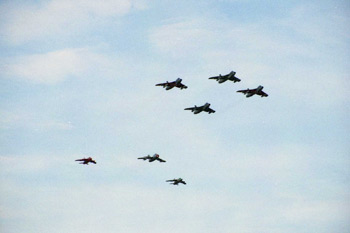 Midway through the air show season Cranfield opened its doors for a large variety of classic aircraft. Even though the majority of these were classic jets, there was a presence from the RAF with the Jaguar and Tornado, and also a sprinkling of vintage piston aircraft including a Spitfire, Mustang and Corsair.

With a nonstop flying programme throughout the day the jets were much in evidence. With displays from the larger jets such as the MiG, Canberra and Sea Vixen, and smaller aircraft including The Gnat Pair, Venom and Jaguar. With an added bonus of a fast taxi run from Tony Hulls's Lightning T.5. 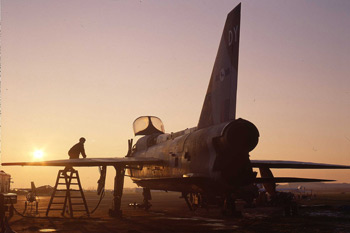 When the Lightning finished flying with the RAF, businessman Arnold Glass purchased several aircraft with a view to keeping some of them airworthy. They were subsequently flown down to Cranfield and sat around on the airfield for some time, before the decision was made to scrap all but two of them.