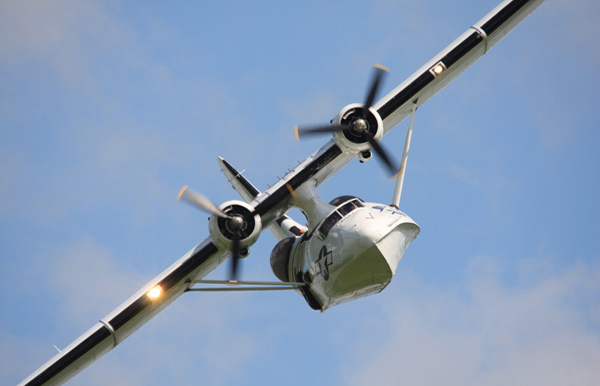 The Catalina was a flying boat produced by Consolidated Aircraft. The Catalina first flew on the 28th May 1935, with a production run from 1936 until 1945 with over 4000 aircraft being built. Catalinas were the most widely used multirole aircraft of World War II, they served with the United States Air Force and Navy as well as the Royal Air Force, Royal Australian Air Force and the Royal Canadian Air Force. Catalinas were used in a variety of roles including anti-submarine warfare, convoy escorts and search and rescue. It is over seventy years since the aircraft's first flight and there are still a handful of aircraft kept in airworthy condition throughout the world.