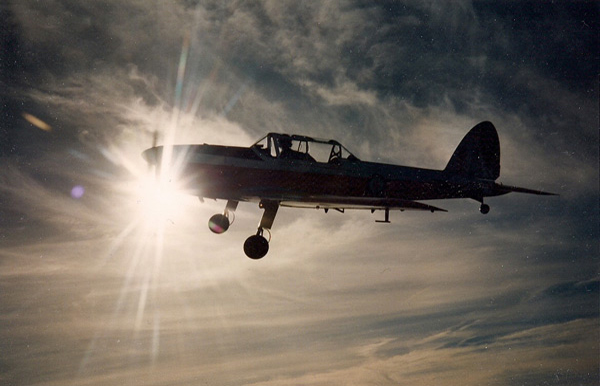 The Chipmunk first flew on 22nd May 1946. The "Chippie" as it is affectionately known is a two-seat single engine training aircraft, which was used by the Royal Canadian Air Force (RCAF), Royal Air Force (RAF) and other air forces throughout the world.

Over a 1000 aircraft were built between 1947 and 1956. With over 500 hundred aircraft still in use throughout the world at the present time. The RAF flew Chipmunks in the training role until 1996, when the last examples were retired with The Air Experience Flight at RAF Woodvale.

Two aircraft were retained for use with The Battle of Britain Memorial Flight in Coningsby in Lincolnshire. The Chipmunk is still a very popular aircraft and can be seen at air shows, and most airfields throughout the country. Over sixty years after the Chipmunk's first flight the aircraft can still be seen at air displays carrying out precise aerobatic displays and in recent years formation teams of two & three aircraft are quite commonly seen, and some times even four aircraft who go under the team name of The Red Sparrows have been known to participate at air shows.