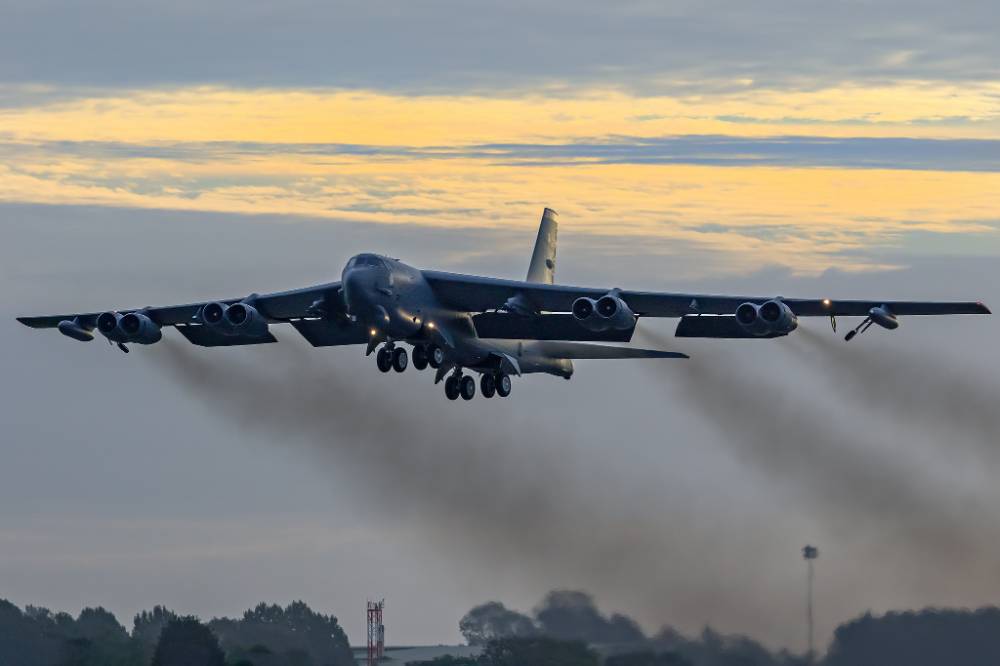 Just over 60 years ago in March 1956 the 93rd Heavy Bombardment Wing based at Castle Air Force Base became the first USAF unit to equip with the Boeing B-52 strategic bomber. Today the H variant of the aircraft remains in front line service and regularly takes part in modern day operations and exercises. 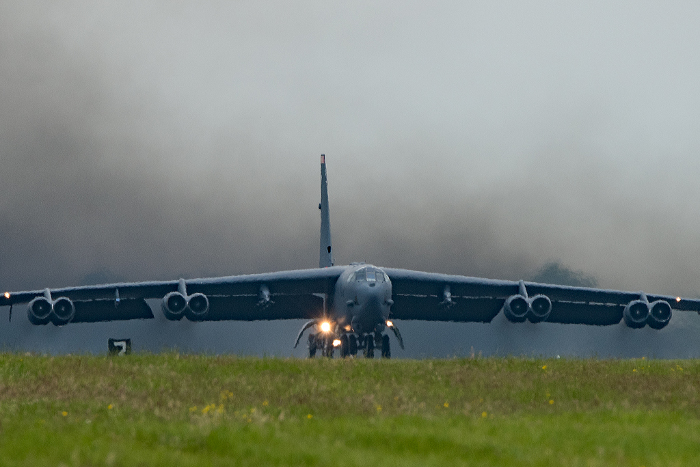 The annual maritime Exercise BALTOPS is set to run from 3 to 19 June 2016 and taking place almost concurrently is Exercise Sabre Strike. In support of both exercises U.S. Air Force Global Strike Command deployed three B-52H aircraft from the 5th Bomb Wing, based at Minot Air Force Base North Dakota, along with 250 personnel to RAF Fairford in Gloucestershire. It is usual that two aircraft take part in the exercises with one being held in reserve.

During their deployment the USAF B-52s role in BALTOPS will be to support and integrate with operations involving seventeen countries, the aircraft of the 5th Bomb Wing taking part in maritime countersea and interdiction missions. For Sabre Strike the B-52s will be working with JTACS and undertaking drops in co-operation with land based forces. 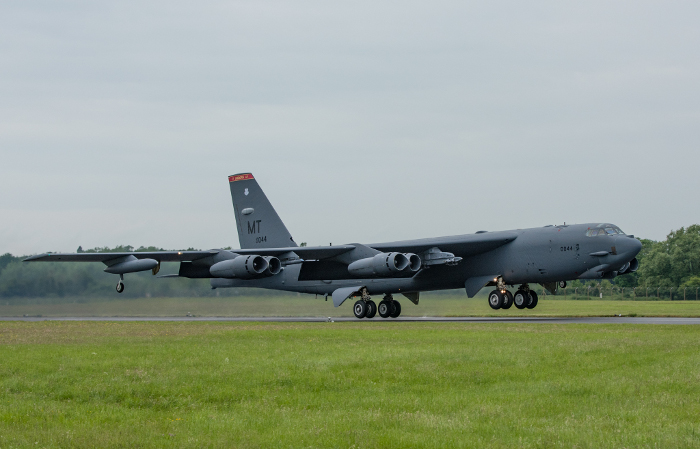 BALTOPS is conducted over three phases. Phase 1 involves combat enhancement training, Phase 2 involves force integration training and Phase 3 is the tactical part of the exercise. The final part Phase 3 is played out in real time and is unscripted with fictional scenarios created to accomplish set objectives.

Mission areas include surface warfare, anti-surface warfare, maritime interdiction, anti-air warfare and mine countermeasures. The exercise itself will involve over 4,000 sailors, 43 naval ships and a wide variety of combat aircraft which will take part in 105 training events.

This year’s annual maritime exercise is seeking to achieve a greater integration between air and sea forces. The Combined Air Operation Centre (CAOC) at Uedem Germany is undertaking an expanded role in BALTOPS, with the aim of further binding operations seamlessly both at sea and in the air. 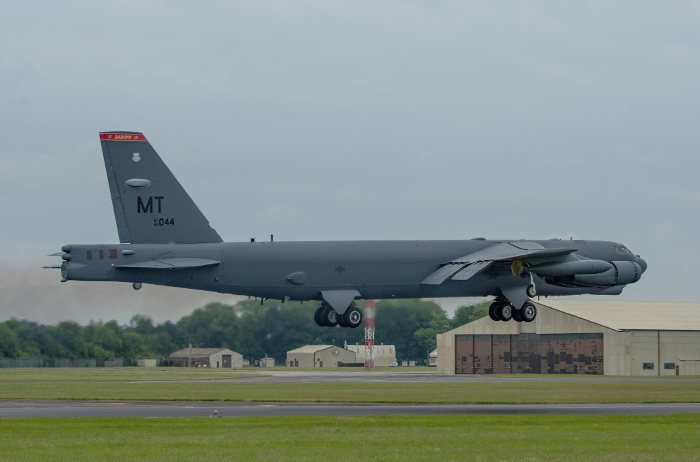 The aircraft photographed taking off on 11 June 2016, were tasked with supporting BALTOPS and are shown departing RAF Fairford on mine laying operations. The B-52s on this day would be flying with German Eurofighters, Swedish JAS 39 Gripens, Polish F-16s, USAF F-16s and KC-135 tankers.

The opportunity to observe the B-52s departure and to tour a third aircraft, whilst being able to speak to crews and ground personnel, was kindly granted by the 5th Expeditionary Operations Group USAF. 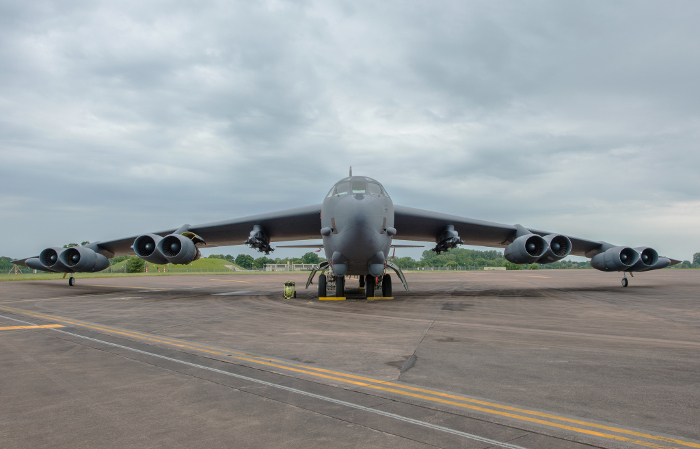 The US 8th Air Force, of which the 5th Bomb Wing is part, has a long association with the UK. Many aircraft and crew from the 8th took part in bombing operations over occupied Europe during World War Two and suffered very high casualty rates.

In conversation with one of the pilots of the B-52s I asked him if he thought about all those that flew from the eastern UK with the 8th on missions over Europe during World War Two. He stated that a thought had recently crossed his mind as he lined up to take off on a recent exercise from Fairford. 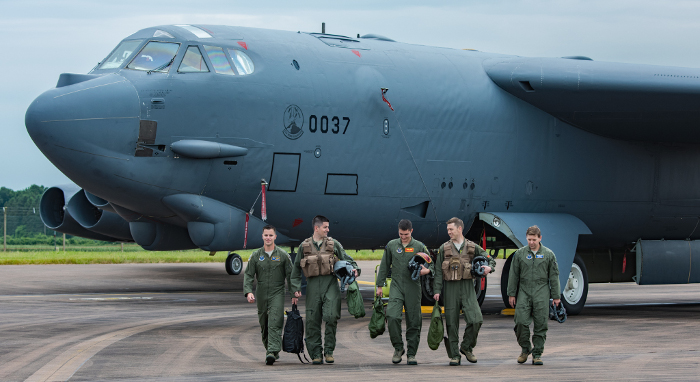 During the War the pilot’s grandfather had been a B-17 navigator and the thought he had had was that this was the first time in over seventy years a member of his family had taken off on an operation from a UK airfield. This comment struck a chord as it shows that even after seven decades the traditions of co-operation and friendship between the US and UK armed forces are still there and as strong as ever. It also highlights that the spirit of all those who had gone before within the 8th live on to this day.

My thanks go to the 5th Expeditionary Operations Group USAF and to Chris Cannon of www.simplyplanes.co.uk for the invitation to the event. 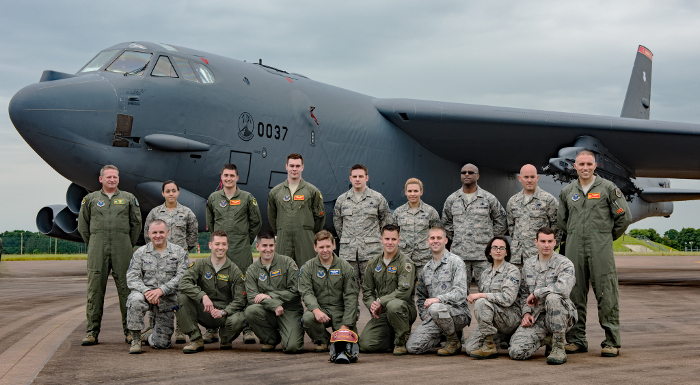