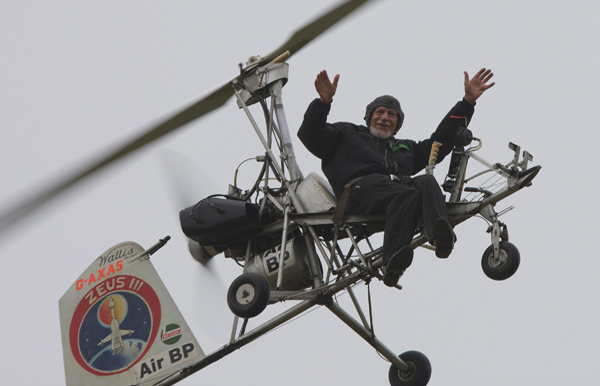 The Autogyro's roots go back to the earlier 1920s when it was invented by Juan De la Cierva. Development of the Autogyro continued over the years and during World War II both Germany and Japan built their own versions. Wing Commander Ken Wallis designed his own Autogyro in the 1960s with different models being developed over the years, with such uses as military training, police reconnaissance and survey work and even one of his Autogyros, Little Nellie starred in the James Bond film You Only Live Twice.

There are more modern variations of the Autogyro available now and you can expect to see more of them as the aircraft gets more popular in the future.

Little Nellie, the Autogyro featured in the 1967 James Bond film You Only Live Twice, was a Ken Wallis WA-116 design and was piloted by Ken in its film scenes. In the film it was shipped by Q in four suitcases and assembled prior to use. Wing Commander Ken Wallis who is in his 90s must be one of the country's oldest pilots.