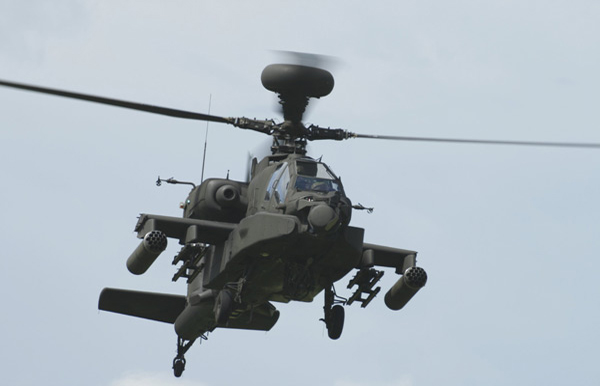 The Apache is a twin-engine attack helicopter with a crew of two and a tandem cockpit. First flown in September 1975 and built by Hughes Helicopters as a direct replacement for the AH-1 Cobra. The US Army is the main operator of the Apache, with other operators including Greece, Israel, Japan, Singapore and the United Kingdom. The British Army operates the Apache mainly from Wattisham in Suffolk, and these aircraft differ from other countries with the fitting of Rolls-Royce engines and a folding rotor blade assembly which enables them to operate with the Royal Navy.